‘Shirtless’ Roy Moore tried to pick up teens at YMCA -- and local voters ‘treated it like a joke’: report 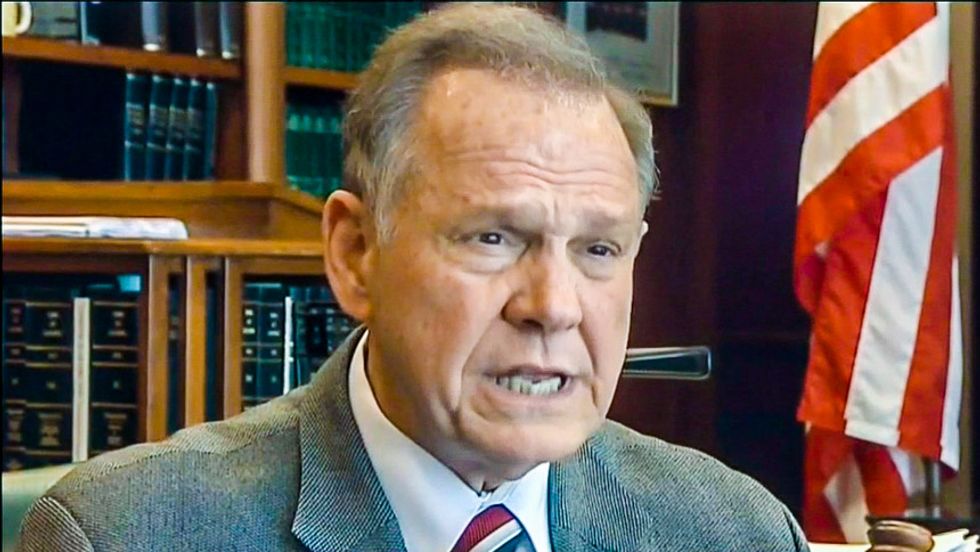 In a deep dive into former Judge Roy Moore's controversial career in Alabama politics, several contemporaries of the U.S. Senate candidate marveled that anyone was shocked about recent reports of Moore's preference for younger women, with one retired cop stating it was treated "like a joke" back in the day.

According to the report from the New York Times, many who knew Moore in Gadsden, Alabama were well aware of the then-assistant district attorney's sexual antics.

“It was a known fact: Roy Moore liked young girls,” recalled retired Gadsden police officer Faye Gary. “It was treated like a joke. That’s just the way it was.”

While a former lawyer who shared office space with Moore stood up for the candidate, women who were in contact with him during the period remember an older man constantly pursuing younger women on the street, at the mall and at the gym.

Noting that Moore liked to work out at the local YMCA shirtless, Delores Abney, 63, said she recalled Mr. Moore hitting on young women who “appeared to be high school on up” who were taking part in her exercise class.

“It just did not look appropriate,” she stated.

According to former mall employee Janet Reeves, Moore once pressed her friend, who was 17 or 18 at the time, for her phone number, with Reeves recalling, “I just thought he was the creepy old guy."

Glenn Day, a local store manager also remembered Moore stalking women at the mall, relating that security asked him to let them know if he ever saw the district attorney lurking about.

“I can’t believe there’s such an outcry now about something everybody knew,” Day remarked.