'Stick to the script, bro': Ex-RNC head blasts Trump for letting his 'inner ugly' out at Code Talker event 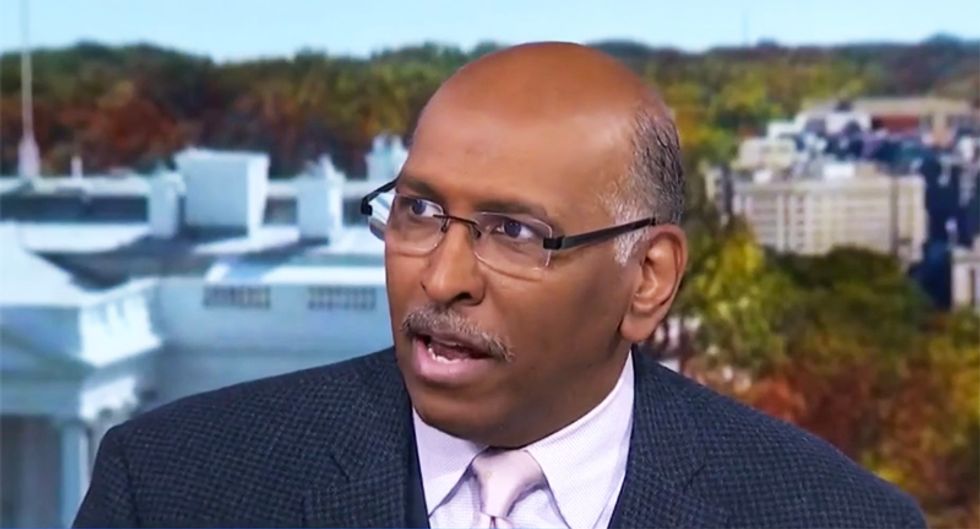 "As [MSNBC's] Lawrence O'Donnell made clear last night, these Native Americans were going to battle for the Marines, for the United States in World War II only some years after the U.S. Army, up until World War I, had been fighting and killing their Native American brethren," Mitchell explained.

'The contrast and the symbolism f is powerful, and at the same time, very disappointing," Steele agreed. "Powerful in that you see these individuals who represented our country and served our nation at a critical time in the battle. And next, in the president's own mindless response by bringing up Senator Warren and Pocahontas. It was a contrast in, sort of, history and silliness."

"I think the president trying to be quippish or cute or whatever he was thinking went to a space he didn't need to go to.  Just stay with the script, bro," he admonished Trump before adding in disgust, "Don't ad lib, because when you do, your inner ugly comes out and here we are."