Technology, not trade, is invading nearly all US jobs, even lower skilled: study 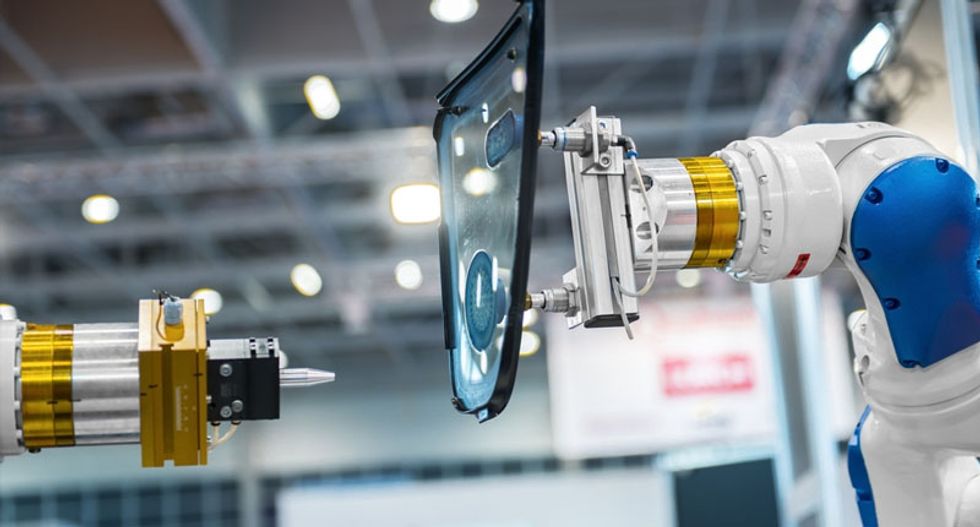 Forget robots. The real transformation taking place in nearly every workplace is the invasion of digital tools.

The use of digital tools has increased, often dramatically, in 517 of 545 occupations since 2002, with a striking uptick in many lower-skilled occupations, according to a study released Wednesday by the Brookings Institution, a Washington think tank. (Study: http://brook.gs/2mn6g9z)

The report underscores the growing need for workers of all types to gain digital skills and explains why many employers say they struggle to fill jobs, including many that in the past required few digital skills. There is anxiety about automation displacing workers and in many cases, new digital tools allow one worker to do work previously done by several.

Those 545 occupations reflect 90 percent of all jobs in the economy. The report found that jobs with greater digital content tend to pay more and are increasingly concentrated in traditional high-tech centers like Silicon Valley, Seattle and Austin, Texas. (Graphic: http://tmsnrt.rs/2zDADhu)

The report used U.S. Department of Labor data to assign a rating of zero to 100 to each occupation, reflecting the amount that each required use of digital technology. The average score for all occupations rose from 29 in 2002 to 46 in 2016, a 59 percent increase.

Some jobs, especially higher-paying service occupations, have long used digital tools and that continued to grow, the study found. At the same, many jobs that had little or no digital content in 2002 have now become far more likely to require those skills.

Warehouse workers who move around freight saw their average score rise from 5 in 2002 to 25 in 2016. These workers now use handheld devices to track inventories and devices that sound an alarm if they try to put a box into the wrong truck.

The study found the digital score for roofers jumped from zero to 22, while for parking lot attendants it rose from 3 to 26.

“What we found is that the more digital a job is, on balance the better the pay—and also the less chance there is for total displacement of your job,” said Mark Muro, a senior fellow at Brookings and coauthor of the report.

At the other extreme are jobs like those done by Steve Engle, a 53-year-old factory worker at Cummins Inc’s engine plant in Seymour, Indiana.

One of his tasks is to insert 56 bolts on the flywheel housing of each engine as it moves down the line and tighten the bolts in a certain sequence. He now uses a tool that is connected to a computer screen, which guides him to the right bolt and will not allow him to tighten the wrong one. It also knows exactly when the bolt is tight enough and then stops.