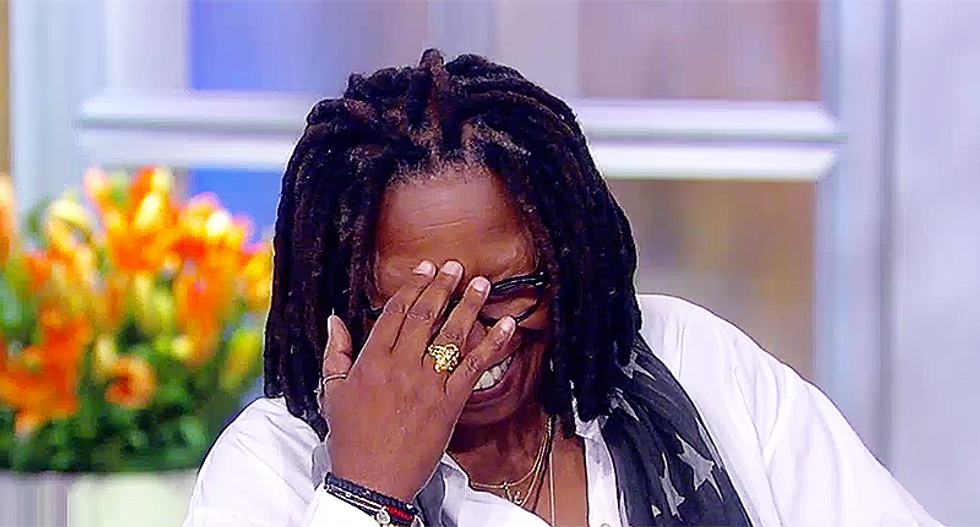 The co-hosts of "The View" found it hilarious that Jeff Sessions had such a lazy memory during the Tuesday Congressional hearing. During a previous hearing, Sessions said the phrase "I don't recall" a total of 36 times. Tuesday, he went with the same strategy and used the phrase 22 times.

Former federal prosecutor Sunny Hostin explained that the phrase is a frequently used legal work-around, where someone can get away with not answering but not perjure themselves under oath.

Sessions notoriously attacked Hillary Clinton for saying she didn't recall, though fewer times. During an interview with Fox Business host Lou Dobbs' in October, Sessions said that Clinton could have committed perjury by saying she doesn't recall. Specifically calling it an "intentional act of not remembering" and claiming it could constitute "a criminal act."

"They all seem to have amnesia when it comes to Russia," co-host Joy Behar quipped. "It's like herpes. it's like a virus they have."

Whoopi Goldberg wondered how long the committee would accept his selective memory loss. But Hostin said she expects they'll accept it for as long as possible. She highlighted the phrase as "a legal term of art."

Co-host Meghan McCain said that she can see that people involved with the campaign "don't recall," because the campaign seemed to be a cluster of disorganization, chaos and upheaval, blowing through four campaign managers and multiple "advisors" that were never paid staffers.

"I have been in rooms during strategy meetings where there were so many people in the room, I certainly wouldn't have remembered anyone," McCain confessed. "Is there a realm of memory he didn't know George Papadopoulos who was described as 'a coffee boy?' Yes it's possible. The problem here is, the content of someone talking about Russia is what is unusual."

Hostin joked that the only thing Sessions does remember is that he can't talk about Russia.

"As a lawyer though, when someone doesn't recall the first time you can almost forgive it," Sara Haines commented. "Don't you say, 'As my client you messed up once. Now you've need to think about everything.'"

"At the very least, isn't this bad memory a disqualifying feature of someone in that position [as Attorney General]?" Behar asked.