'They weren’t letting you win': Watch Trump use his Thanksgiving address to the troops to bash the Obama administration 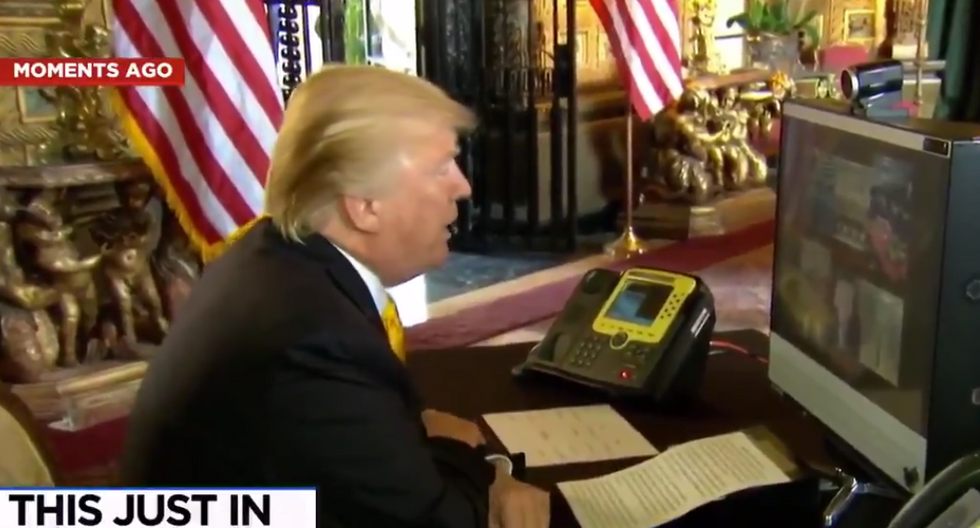 Donald Trump on Thursday addressed the troops in a Thanksgiving teleconference—and managed to trash his predecessor, Barack Obama, in the process.

Discussing the military’s increased activity in Afghanistan, Trump first boosted the success of his own administration declaring, “Everybody is talking about the progress you've made in the last few months since I opened it up."

"We opened it up, we said, ‘Go ahead, we're going to fight to win. We're not fighting anymore to just walk around, we're fighting to win,’ and you people are really—you’ve turned it around over the last three to four months like nobody's seen and they are talking about it," Trump continued.

“The fight against ISIS is coming our way,” Trump said. “It's coming our way, big, big difference. A lot of things have happened. They say we've made more progress against ISIS than they did in years of the previous administration. And that's because I'm letting you do your job.”