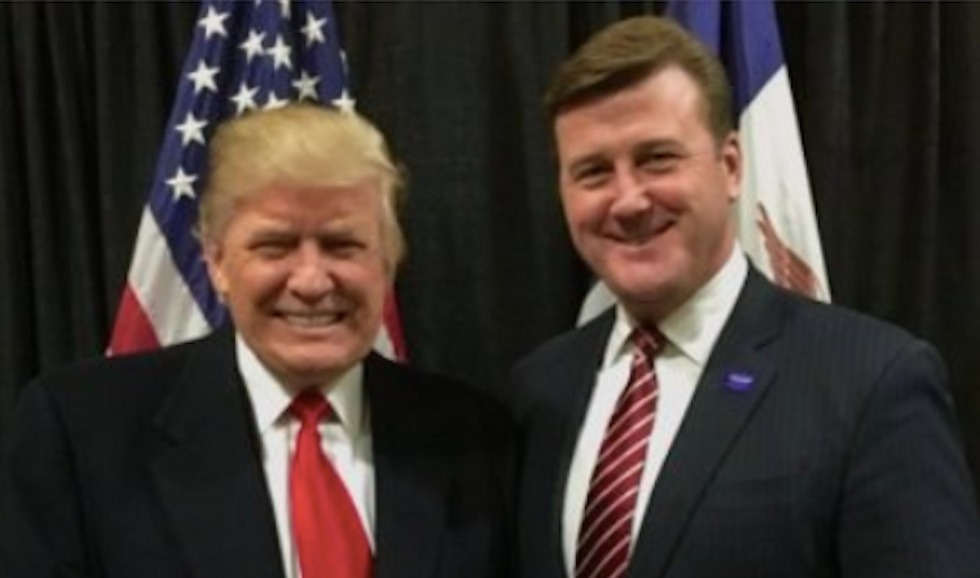 The director of community outreach in President Donald Trump's Department of Homeland Security once said that cities become "slums" because black residents are afflicted by "laziness, drug use and promiscuity," reported CNN's K-File on Thursday.

Rev. Jamie Johnson -- who was appointed to his position by then-Homeland Security Director John Kelly -- also has said that the Muslim faith's only contributions to the world have been "oil and dead bodies."

Johnson directs the Center for Faith-Based & Neighborhood Partnerships at Homeland Security. In recent years, he has been a frequent guest on Christian radio shows where he held forth at length about the inferiority of black people, the pecuniary talents of Jewish people and the threats people of other faiths pose to U.S. Christians.

"I think one of the reasons why is because Jewish people from their coming to America in great waves in the early part of the 1800's immediately rolled up their sleeves and began to work so hard and applied themselves to education and other means of improvement and other means of climbing the, I hate this phrase, but the social ladder if you will," Johnson said in a radio interview in 2008. "And they have done exceptionally well for themselves. For only representing about 1.4% of America's population, they make up 12% of America's millionaires. Why? Because they work."

"And it's an indictment of America's black community that has turned America's major cities into slums because of laziness, drug use and sexual promiscuity," he added.

"I agree with (conservative political commentator) Dinesh D'Souza, your friend and mine, who says all that Islam has ever given us is oil and dead bodies over the last millennia and a half," Johnson said. "It is not a religion of peace."

Listen to audio of Johnson, embedded below via CNN's K-File: