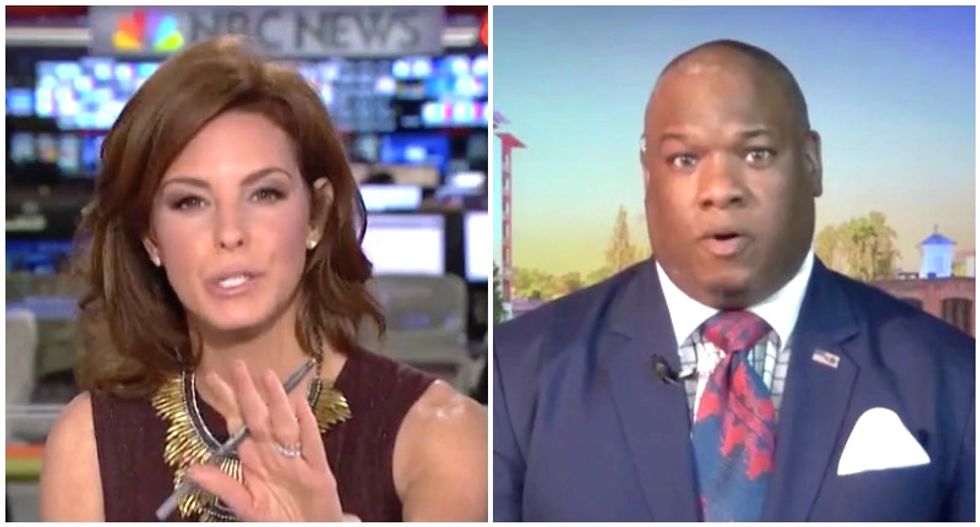 MSNBC's Stephanie Ruhle slapped down a Trump-backing pastor's bizarre suggestion that she might one day stand accused of sex abuse like Republican candidate Roy Moore.

"Nine women have come out with accusations," Ruhle said. "What number is it for you that you would start to change your view and say there's truth here? Is it 12? Is it 15?"

Burns urged caution in making those allegations, and Ruhle challenged him to answer her question.

Ruhle stopped Burns at that point.

"You know what?" she said. "It can't be me tomorrow. Excuse me, sir. Sir, it can't be me tomorrow, because when I was in my 30s, I didn't get banned from a mall. I wasn't calling girls out of trigonometry class, and I wasn't dating girls under the age of 18 -- so no, sir, it is not possible for it to ever be me."

"Well, let me just say this," he said. "I know that it is very possible, I'm not saying these women are lying, I'm simply saying we need to be suspicious. I think we need to be very careful."

Burns suggested Moore was the victim of "character assassination," and he complained that CNN had targeted him for the same treatment by revealing he had lied about serving in the Army Reserve and earning a Bachelor of Science degree.

"I understand how character assassination works, CNN did it to me," he said. "They refused to listen to me when I told them that a website which was an old discontinued website was done by a PR person, and they didn't want to listen to that. They wanted to create the narrative that said I am a false fake liar, and so that's exactly what they ran.

"Just as an aside to the point you just made, a false fake liar would be a truth teller, if we're going to be technical," she said.