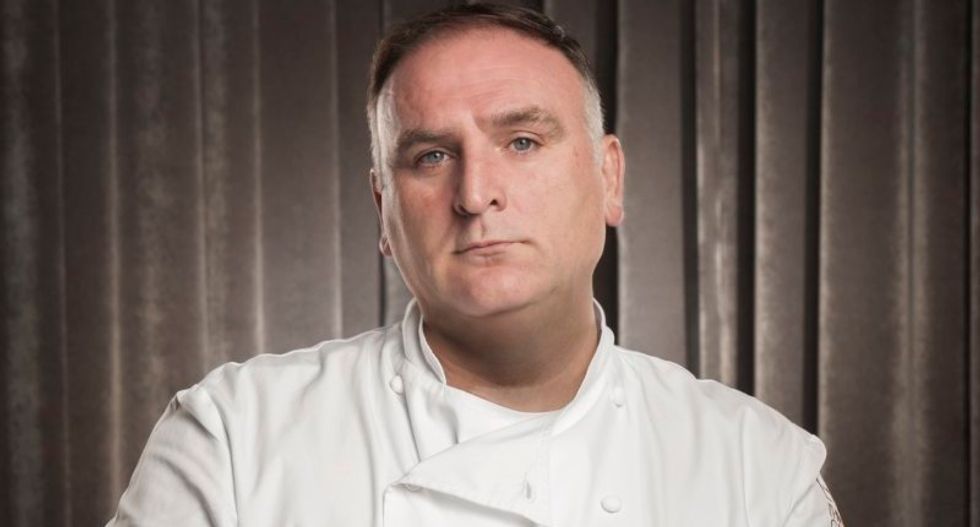 The Trump administration has found itself in a public feud with celebrity chef Jose Andrés, who has helped cook and deliver more than 2 million meals to help out the citizens of hurricane-devastated Puerto Rico.

One FEMA official tells BuzzFeed that the agency is dismissing Andrés' criticisms of the agency as being made by a "colorful guy who gets a lot of exposure" and "a businessman looking for stuff to promote his business."

FEMA says that Andres, who was contracted by FEMA to help make meals to give to Puerto Ricans trying to recover from the destruction left by Hurricane Maria in September, was unhappy that his organization, the World Central Kitchen, was not given a long-term contract to help people harmed by the hurricane. The agency says that it could only offer World Central Kitchen short-term two-week contracts, or else it would have to go through the formal federal bidding process.

However, Andrés  tells BuzzFeed that it's not right for FEMA to claim that his criticisms stem from purely selfish motivations.

"For them to say I was a businessman trying to make a buck, whoever said that should be very ashamed of themselves," Andrés told the publication.

This is not Andrés' first public spat with Trump, as the chef was originally recruited to work at the president's hotel in Washington DC before backing out of the contract over his furor at Trump's declaration that Mexico was intentionally sending "rapists" across the U.S. border.

“You know how many busboys I have?” he fumed to a friend after hearing Trump’s first campaign speech. “How many people are out in the fields picking the produce I serve in my restaurants? You know how many customers I have who are Mexican? I would never live with myself to know that I’m associating myself with somebody who demeans them in that way."