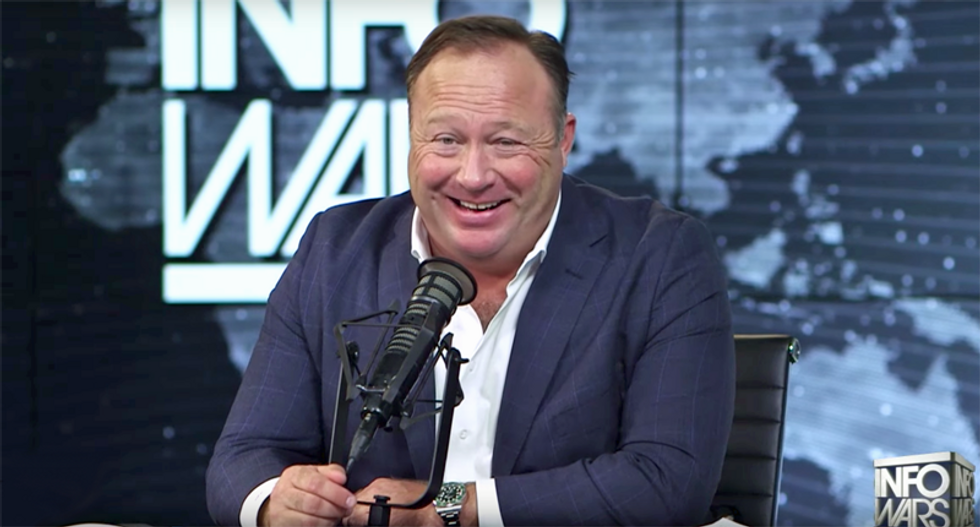 Right-wingers celebrated the Trump administration's move to roll back Obama-era protections on net neutrality, which bar corporate internet service providers from blocking or slowing down sites at will. Alex Jones' InfoWars lauded the move as "freeing" the Internet from the grips of Obama's overreach, and alt-right journalist Mike Cernovich said social media companies deserve to "get ripped off by ISPs" because they "censor conservatives."

But as The Daily Beast pointed out amid news of the rollback, "non-mainstream" sites like InfoWars and other fringe pages frequented by right-wingers could be among the rule change's biggest losers.

According to Tim Karr, the senior director of strategy at the internet rights group Free Press, this rule change "would allow telecom giants like Comcast to prioritize their own websites and properties, like Comcast-owned NBC sites," the report said.

"In turn," the report said, "this would slow traffic to fringe or non-mainstream political sites like InfoWars and 4chan—unless users paid more for a 'higher tier' internet, which currently doesn’t exist."

Yet because companies like Google that champion liberal causes have been for net neutrality for years, alt-righters favor ending the rule that benefited them to spite their political "enemy."

"Just look at the four companies in FAVOR of 'net neutrality': Google, Apple, Amazon and Facebook,” a post on the r/The_Donald subreddit read Monday. “Anything that pisses them off is what I want."

"Since these 2015 regulations passed, Internet giant portals like Google, Facebook, and Twitter have moved to become the judge, jury, and executioner of the contact we read on the Internet, under the guise of eliminating ‘fake news,'" InfoWars' most recent article applauding the move read.

"It’s largely a mystery how this has become a bipartisan issue,” Karr said. “Anyone who sees the internet as a tool to organize and get their message beyond the mainstream media, protecting an open internet is vital."

He went on to speculate that companies like Comcast and Verizon, who have long opposed net neutrality, may be funding some right-wing opposition to the rule.

"Usually when we see that sort of saber-rattling activism on the far right, there is some money behind it,” he said. “The phone and cable lobby very actively funds some of the net neutrality activism."