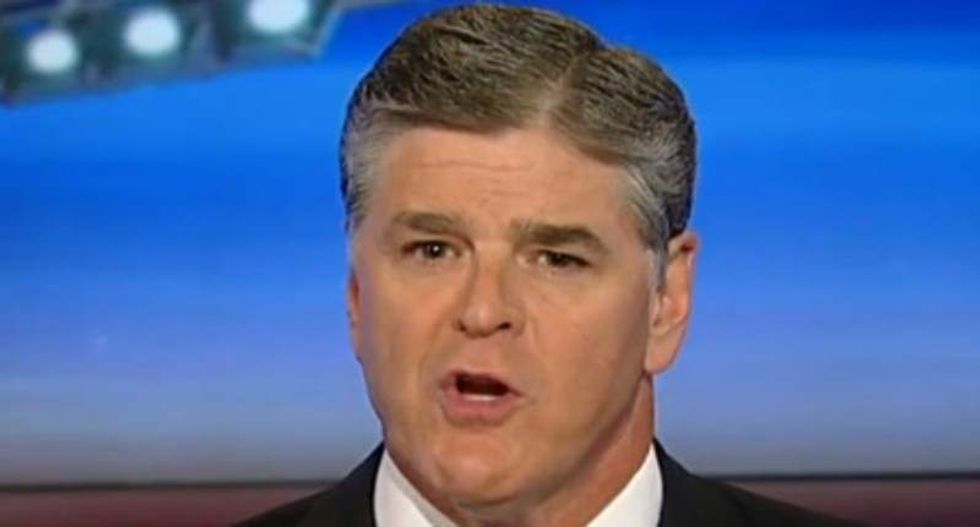 In a Monday interview with SiriusXM radio host Dean Obeidallah, Media Matters president Angelo Carusone revealed that the ongoing battle between him and Fox News host Sean Hannity has led to death threats from Hannity fans.

Carusone specifically blamed Hannity for "radicalizing" his viewers. Media Matters launched a campaign to encourage advertisers to pull their commercials from Hannity's show after they alleged he was nothing more than "a Trump propaganda operation." While Media Matters has been advocating brands boycott Hannity for months, they reignited the call after Hannity began advocating for Alabama Senate candidate Roy Moore who has been accused of pedophilia.

Hannity sent several tweets out linking to a website that alleged Carusone is a "racist," an "anti-Semite" and "anti-gay." The so-called "expose" also claims Carusone shames victims of sexual abuse. However, Carusone is married to a Jewish man and identifies as gay.

“The last week was spent with law enforcement at the office, changing patterns and habits," he told Obeidallah. "The threats were off the charts. It does reveal a sense of [Hannity’s] audience. Someone was calling us and sending us with gunshots saying 'that is the last sound you are going to hear.'"

"You can only deal with that so many times before you say hmm, maybe this guy is committed," he continued.

He went on to say that Hannity “is radicalizing people. And the way that he’s radicalizing them is by distorting how it is that they see the world…they really reinforce the world that his supporters see- it makes them feel like they are in a defensive posture and it supports the end justifies the means.”

During an interview with CNN Sunday with Brian Stelter, Carusone revealed Media Matters has "statements from 30 companies that have committed that they're not going to advertise on Sean Hannity's program." Carusone said "all of those companies were actually advertising to begin with."

Listen the full interview with Obeidallah below: