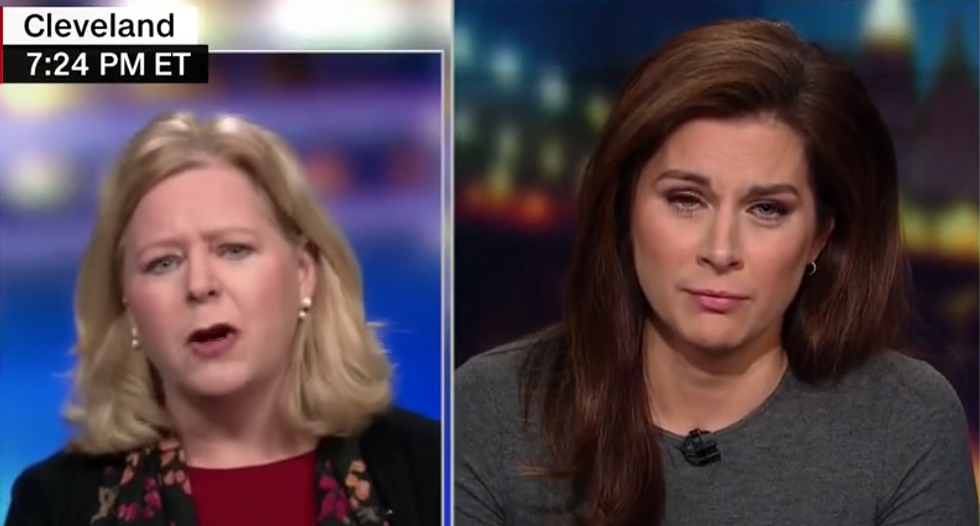 Burnett played video of Leigh Corfman, who alleges Moore inappropriately touched her when she was 14 years old.

“I think anybody who's guilty of sexual assault should step down and that's why I call for Al Franken to leave the Senate,” Porter said. “Interestingly, the establishment is not calling for the guilty man, the man whose admitted guilt, they’re calling for him to step down but what they're not—what they're doing instead is they're calling for the innocent man to step out of the race and that's just not right. We are innocent until proven guilty.”

Porter argued “when you look at the facts,” it’s clear the claims are driven by the media.

“These are Washington Times [Washington Post] driven allegations and there’s something that's pretty much common with every single one—none of them have any evidence,” Porter said. “There is one shred of evidence which doesn't prove guilt and that's that signature in the yearbook.”

Porter said reporters are “[pursuing] the campaign to defeat Roy Moore because it's not about the facts or about the women or the evidence. This is about a campaign to elect a Democrat in the state of Alabama, plain and simple,” she argued.

“What they're doing is they are the opposition research for Roy Moore’s opponent,” she said.

Burnett explained that it’s the role of journalists to investigate claims, including the ones levied against Moore. She then pressed Porter to explain why she’s “defending” Moore’s pursuit of teenage girls.

“What I'm talking about is the baseless allegations that are aimed at an innocent man who is proven his trustworthiness, his character, his impeccable values,” Porter demurred. “This is a guy that's pro-life who's been a champion for life where his opponent is in favor of tax funded abortion until birth, until the moment of birth.”

“Does it matter if he engaged in act of pedophilia?” Burnett asked.

“You know what? Here's the thing, if someone engaged in any kind of illicit acts I would ask them to step down,” Porter said. “What we're talking about is one word I agree with the young lady that just spoke. If we're going to convict people by what the media has to say, there would be some lacrosse players from Duke who would be in jail right now.”