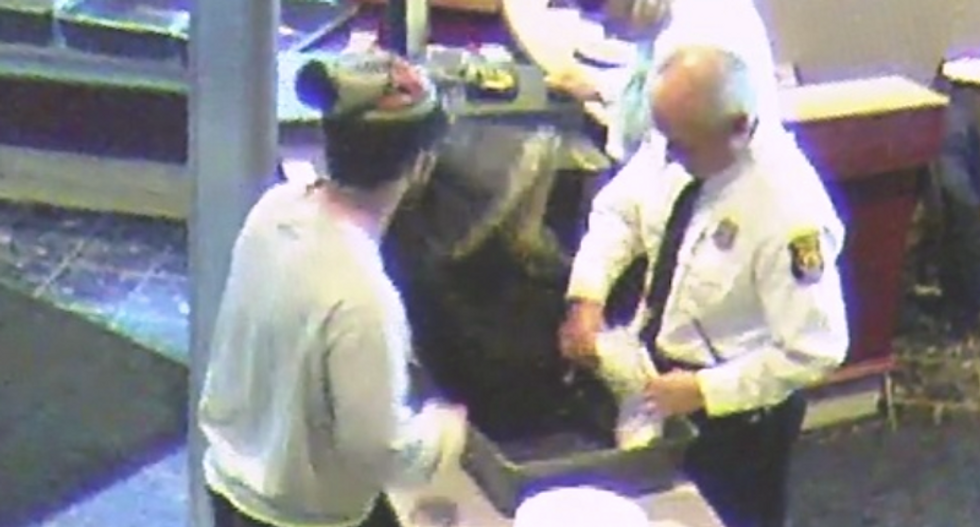 A Michigan man says courthouse guards beat him until he soiled himself after he tried to pay a parking ticket with pennies.

Anthony Sevy first tried to pay the $10 fine using his credit card in Royal Oak's 44th District Court in February, but he was told a $1.75 surcharge would be added, reported WJBK-TV.

He left unhappy and came back with rolls of pennies.

"He wasn't happy about it so, in symbolic protest, he brought back penny rolls to pay for his ticket," said his attorney, Jonathan Marco. "The clerk wasn't too happy about that, they refused to allow him to pay with penny rolls."

The exchange was recorded on surveillance video, which shows Sevy and the court officer arguing over the payment.

Sevy was asked to leave, and two court officers follow him out to a vestibule -- where they attacked him on camera.

Marco said his client was choked into unconsciousness and then defecated himself before he was taken to jail.

"I don't think that in everyday course of business we poop our pants or go around defecating ourselves," Marco said.

Sevy pleaded no contest to disturbing the peace, and an assault/obstruction charge was dropped.

He has sued the city, which has not yet been served with the lawsuit.