WATCH: Katy Tur flattens Moore-backing ex-Trump adviser by asking how he would feel if the victim was his sister 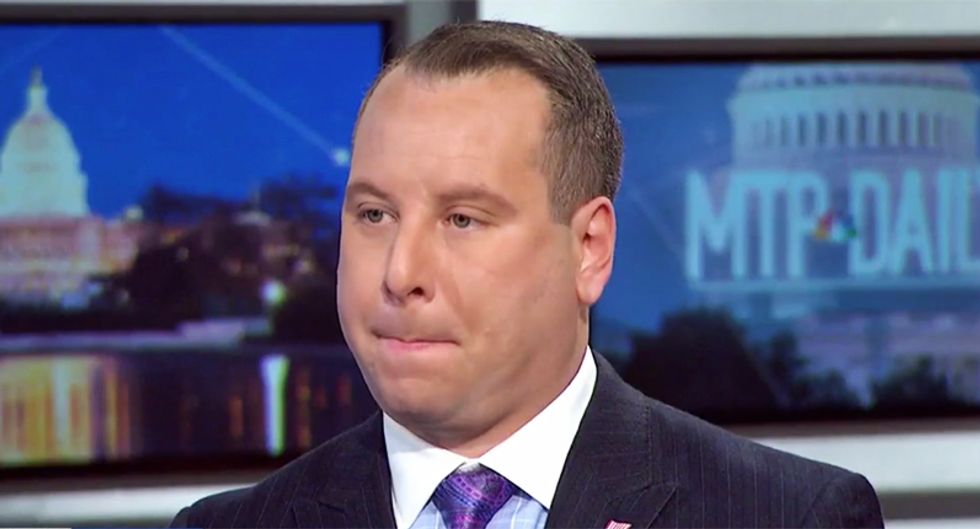 A former adviser to Donald Trump found himself in an awkward position after saying the president should endorse accused pedophile Senate candidate Roy Moore -- only to be asked how he would feel if one of Moore's victims was his sister.

Sitting down with MSNBC host Katy Tur, GOP consultant Sam Nunberg said he was not a fan of Moore, who has been accused of sexually assaulting a 14-year-old girl, but that Trump needed his vote in the Senate.

"Should Trump be campaigning with Roy Moore?" Tur asked the former presidential aide.

Following Tur calling Moore an "accused pedophile," Nunberg tried to avoid the topic by stating that even with Moore's vote, there was a strong possibility the new tax bill would fail in the Senate.

Then he brought up his own sister -- which proved to be a big mistake.

"It's not realistic to look at eight Democrats at all to support legislation. There's only three Democrats voting for it because they're up your re-election," Moore explained. "I'll say this about Roy Moore once again; I'm not here to defend him. It's reprehensible what he did, if it's true, and if he did it to my sister, I would be in jail for my reaction would be."

"If he did it to your sister would you support the president campaigning with him?" Tur jumped in.

"If he did it to my sister would I support the campaign?" a stunned Nunberg replied. "No, I wouldn't."

"So if it's somebody else's sister or daughter it's okay," she pressed.