WATCH: Neo-Nazi's son flips out during triple-murder trial of father 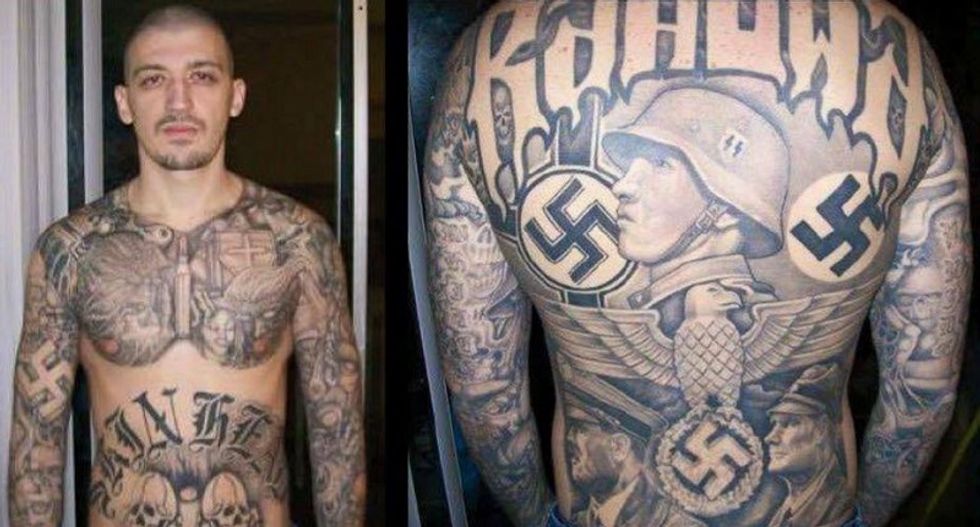 The son of a white supremacist who is on trial for allegedly murdering three people erupted during a courtroom appearance this week.

Brent Luyster's 13-year-old son was called to the stand but refused to testify Wednesday in his father's triple-murder trial, according to local media outlet KATU.

"I just don’t feel like talking. I’m trying to get my time over with and get out. You guys waste my time calling me down to court. I had to sit a whole 6 hours in a holding cell," the boy said before standing up and shouting profanities at the judge.

Deputies escorted the boy out of the courtroom. He was held in contempt of court.

He has a long criminal history, including a racist attack on an interracial couple who were cuddling.

“Look at this white girl over here with a stupid (racial slur); that’s gross,” Luyster said before threatening to kill them with his gun, according to a probable cause affidavit.

Watch video, courtesy of KOIN, below:

House Republicans are pushing Minority Leader Kevin McCarthy to punish Reps. Adam Kinzinger and Liz Cheney — by revoking their other committee assignments or reprimanding them — as punishment for serving on a select committee investigating the Jan. 6 insurrection.

CNN reports that the push to punish Cheney and Kinzinger gained steam Sunday after House Speaker Nancy Pelosi appointed Kinzinger to serve on the select committee — and he accepted.

MSNBC's Joe Scarborough blasted anti-vaxxers for distorting the debate over life-saving shots with lies and misinformation.

Vaccination rates show a clear partisan divide, and now the highly contagious delta variant of the coronavirus has exploded in states won by Donald Trump -- and the "Morning Joe" host ripped the bad actors who prolonged the pandemic and placed younger children and others at risk from the deadly disease.

A grieving mother in Alabama has become an advocate for COVID-19 vaccinations in America's least-vaccinated state after her first-born son told her on his deathbed that the virus is not a hoax.

Christy Carpenter says her son, 28-year-old Curt Carpenter, was otherwise healthy and initially thought COVID was a hoax, the Washington Post reports. She and other family members were hesitant to get vaccinated because they believed the vaccine was created too quickly. Christy Carpenter is now suffering from long-term symptoms of COVID herself. Curt Carpenter died on May 2 after two months on a ventilator. '"This is not a hoax, this is real," were the last words he uttered, according to his mother.