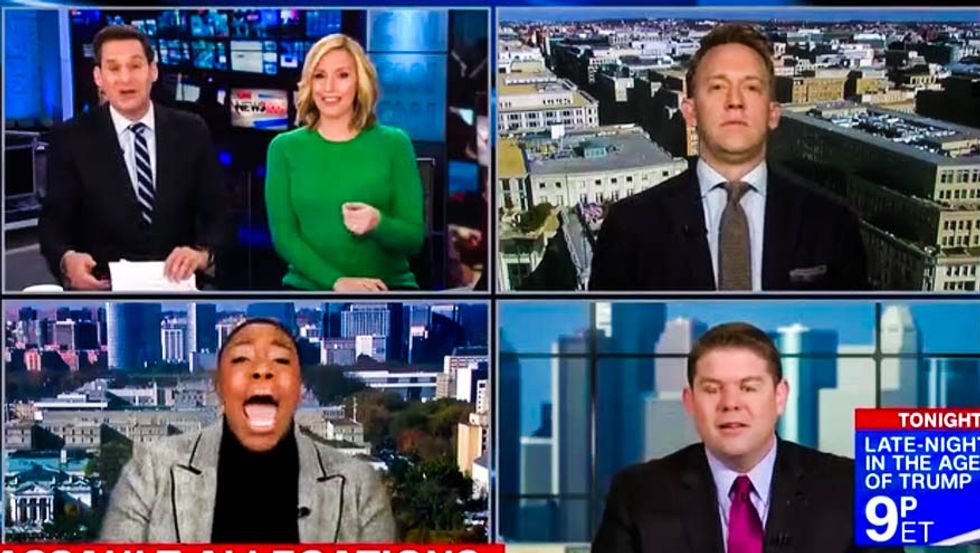 Symone Sanders on Monday crushed Trump backer Ben Ferguson after he tried to claim that she was going easy on Sen. Al Franken (D-MN) -- despite the fact that she had explicitly said that Franken should resign over allegations of sexual misconduct.

During a CNN panel, Sanders said she made no excuses for Franken's alleged behavior, as now two women have gone on the record and accused him of inappropriately groping them.

However, Sanders did want to make clear that the allegations against Franken are not in any way equivalent to those leveled against Alabama Republican Senate candidate Roy Moore, who allegedly molested multiple teenagers when he was in his 30s.

Ferguson then chimed in to accuse Sanders of trying to excuse Franken's behavior.

"If Al Franken did this to you or one of your family members, would you be defending him?" he asked her.

"I have noted time and time again on this program that Al Franken should step down," she said. "I've noted we should have the same consequences and we had to address it across the board."

Ferguson, however, insisted that Sanders said that Franken should stay in the Senate -- and at this point, Sanders blew up at him.

"I just said he should not have a job!" she shouted. "How many times must I say it! Jesus!"