WATCH: Trump voter admits president has done nothing -- but he's 'good entertainment on the news' 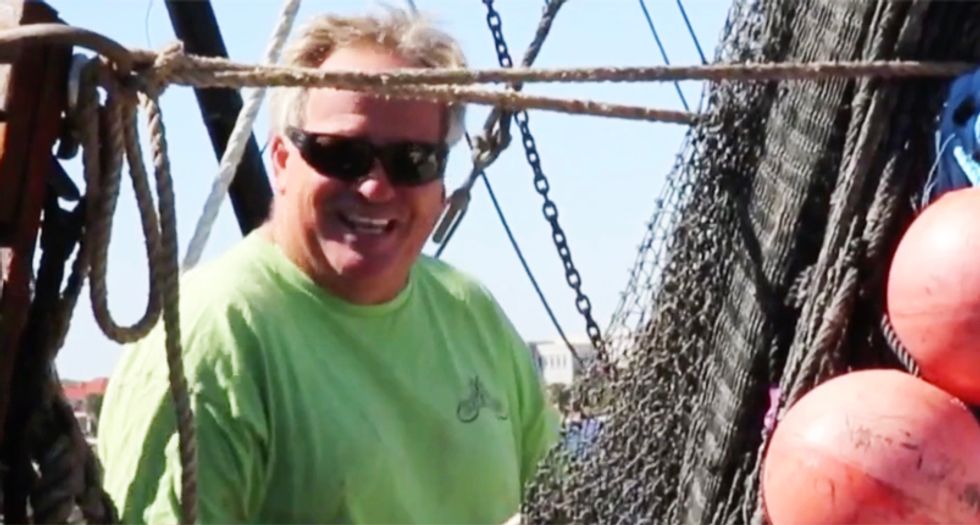 Following up with Florida voters who went for President Donald Trump in the 2016 election, one Trump backer told an MSNBC host that nothing had changed for him since the election -- but at least Trump is entertaining.

In taped interviews with voters he spoke with before the election, MSNBC host Jacob Soboroff ran across one man working on his boat who seemed both nonplussed by Trump's failure to enact one policy and amused that that the president has turned the presidency into a reality show.

Speaking with restaurant owner and Trump voter Chris Wooten, the MSNBC host asked why he voted for Trump, and was told, "As a businessman and someone who is regulated heavily, I wanted that off my back."

Interviewed inside the restaurant, Maddy Russell said she was pleased with the president's performance so far.

"How do you think things are around since Donald Trump became president? Same? Worse? Better?" Soboroff asked.

Turning to one of Wooten suppliers while he was bringing in a load of shrimp, the MSNBC host called out to him to see if he voted for Trump too, which led to this telling exchange.

"Did you vote for Trump last year?" Soboroff asked Randy Thompson, getting an affirmative in reply.

"How have things changed since then? " the MSNBC host pressed.

"Good entertainment on the news," Thompson laughed causing Soboroff to ask, "That stuff doesn't bother you the feuds and all that?"

Indicating a cargo ship in the harbor laden with containers, Soboroff asked, "Do you get the sense that the president is making sure that these containers that come in from Asia go back with American products in them?"

Thompson smiled and shrugged off the question, stating, "I don't know if he has that much pull, really."