'What about Donald Trump?' MSNBC's Mika wonders why president got away with sexual misconduct 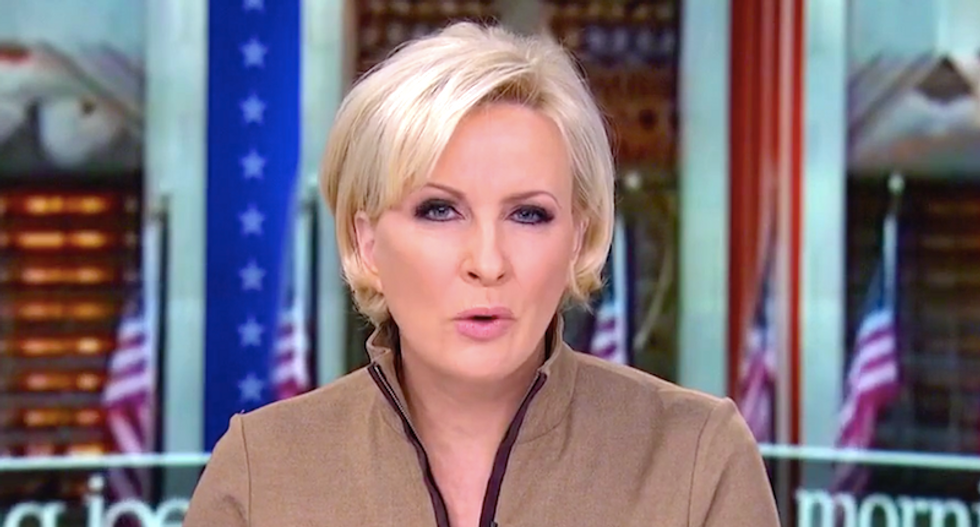 A radio broadcaster accused Sen. Al Franken (D-MN) of forcibly kissing her and then taking a photo groping her breasts as she slept, and the lawmaker apologized and promised to cooperate with an ethics investigation.

"With all of the Republicans pounding Al Franken to resign because of this story, it really does open up the question of well, then what about Donald Trump?" Brzezinski said. "If we believe all the other women in all the other cases, why do we not believe women who accused him?"

Brzezinski celebrated the exposure of sexual harassers and predators, but she wondered whether an end goal should be identified.

"There's lot of generational changes happening here, really good for women, the women's movement has produced incredible results, including this moment, where women are speaking out, (but) are there times -- I'm not going to ask you the question," Brzezinski said. "I'm going to stay this, that we have to look at what the goal is here. What's the goal? What are we trying to do?"

She agreed that bullies and predators be punished to create a safer work environment, but she asked whether men who sincerely apologized should be treated differently than men who blamed their victims.

"Is the goal to bring people down based on politics or hate?" Brzezinski said. "There are cases that are proven where there are settlements, where there is evidence and the sexual predator has been brought down -- Harvey Weinstein. There are cases where the predator flourished and continued to be the president of the United States. I'm talking about Bill Clinton, where the women were attacked, where they were settled with and their lives were ruined -- Monica Lewinsky -- and forever stamped with a scarlet letter."

"You know, this is what we have been dealing with on both sides of the aisle," she continued. "What's the goal? We have a friend of the show (Mark Halperin) who is no longer on this show because of his behavior that he admits himself and he apologizes for. Al Franken apologizes. I'm not being ideological or siding with anybody. I believe the women -- but what are we doing with these apologies?"