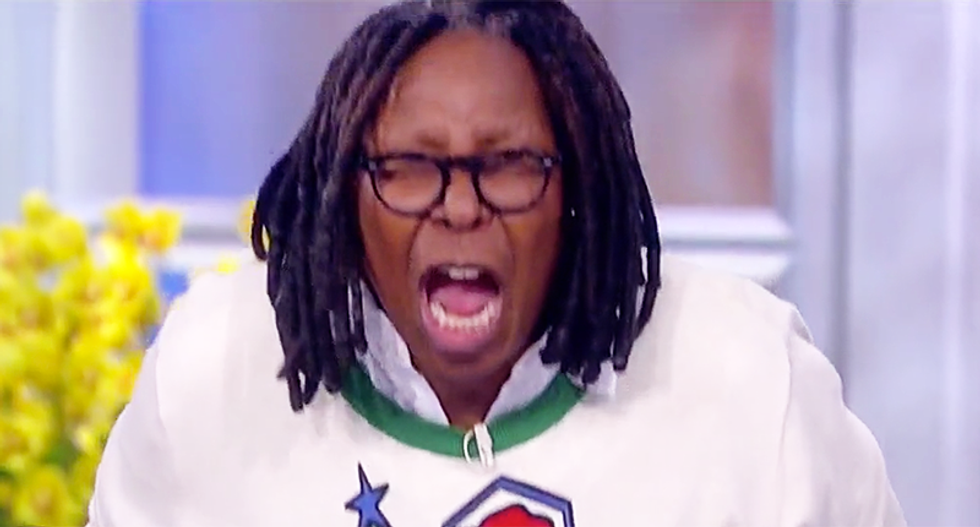 In a fit of frustration at President Donald Trump, Whoopi Goldberg shouted into the camera during Monday's episode of "The View" to explain the way TIME Magazine's "Person of the Year" actually works.

Trump bragged over the long weekend that he was probably going to be named again as the person of the year because they called him and asked to do an interview and full photoshoot. TIME said, not so much.

But it was Goldberg that seemed both confused and frustrated.

"I don't understand why the process is that he practically has to audition to be on the cover," Behar commented. "He is the president, incompetent though he may be. He is the president. He has to sit for a photo shoot and then they decide?"

Goldberg cut in to say that when it is decided, the person often times is not interviewed. German Chancellor Angela Merkel, for example, did not do an interview. She noted that sometimes they do dead people, and that there isn't a photoshoot as evidenced by the photos used.

"So that's the question: what is he talking about?" Goldberg said.

Behar admitted she fell for the whole story tweeted by Trump, saying it was "fake news."

Goldberg said that if they're doing person of the year they don't call people.

"Because then, somebody will do what he did," she continued. "Say, you know, 'They called me and I said...' I don't believe TIME does that. They don't tell you until they say, here's the person."

The White House claimed it was because TIME needed lead time for the interview but Goldberg explained again that they don't do an interview. Joy brought up Hitler being person of the year. Hostin brought up Ayatollah Khomeini.

Meghan McCain said that she thinks this goes to Trump's own narcissism.

"I don't know if you're exhausted about these tweets as I am," she confessed.

"It's a big deal to get the cover of TIME magazine," McCain said. "It doesn't matter. You're the president of the United States of America. You're the most famous man in the entire world. What is not enough at this point."