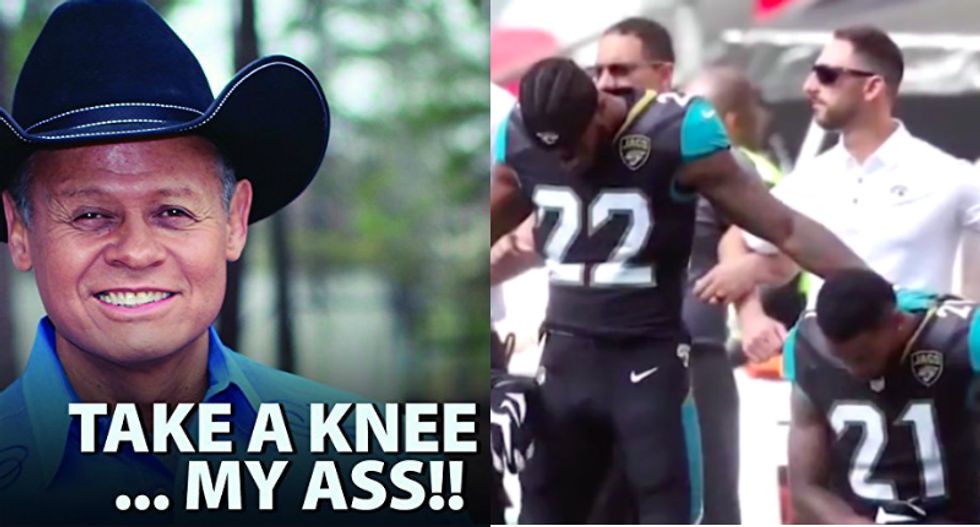 Single art for Neal McCoy's "Take A Knee, My Ass" (left, via Amazon) and Jacksonville Jaguars players taking a knee (right, via screengrab).

The sentiment was not unusual, but the song's title -- "Take a Knee, My Ass (I Won't Take A Knee)" left some on Twitter scratching their heads.

Sports writer Nathan Bernhardt, meanwhile, simply pointed out that "telling your ass to take a knee is just sitting down."

Check out the best responses below.

The White House just announced that Mike Pence is not allowed to listen to "Take a Knee, My Ass" without mother present.
— Marie Connor (@Marie Connor) 1510958036.0

Thank God for the parenthetical clarification. For a second I thought this guy was parceling out his lower extremit… https://t.co/b9HdwntnDq
— Daniel Summers, MD (@Daniel Summers, MD) 1510952613.0