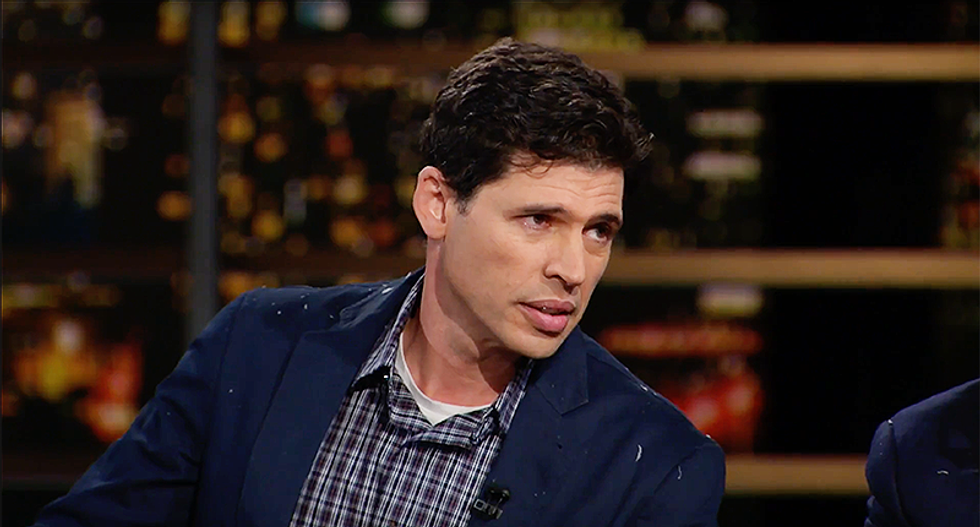 Max Brooks, who's currently serving as the non-resident fellow at the Modern War Institute at West Point, has worked to "challenge old ways of thinking and encourage mental agility and flexibility for problem solvers and leaders," according to his website. During his Friday appearance on "Real Time with Bill Maher," the writer explained that the frightening possibility of a nuclear holocaust would never happen despite President Donald Trump's trigger finger.

"Don't you think these generals have gotten together to say, 'We can't allow him to have access to the nuclear codes?'" Comedian Chelsea Handler asked.

"No, no, no," Veteran newsman Carl Bernstein replied.

"I don't think they can do that," Maher explained. "I think it's like, if the order comes and we know it's that crazy, we just don't do it."

"Like they could distract him with a cheeseburger, right?" Handler said.

"There is, there is," Brooks cut in. "There's the National Security Council. There are the Chairmen of the Joint Chiefs. And by the way, missiles are not just ready to fly. They have to be fueled, they have to be targeted. That's why we have the defense condition. We are now at DEFCON five, we would have to go down all the way to DEFCON one to launch a nuclear weapon. And the reason we have those defense conditions is to give the grownups time to intervene."