'You need to just shut up': Morning Joe mocks Trump for screwing up attempt to punish CNN 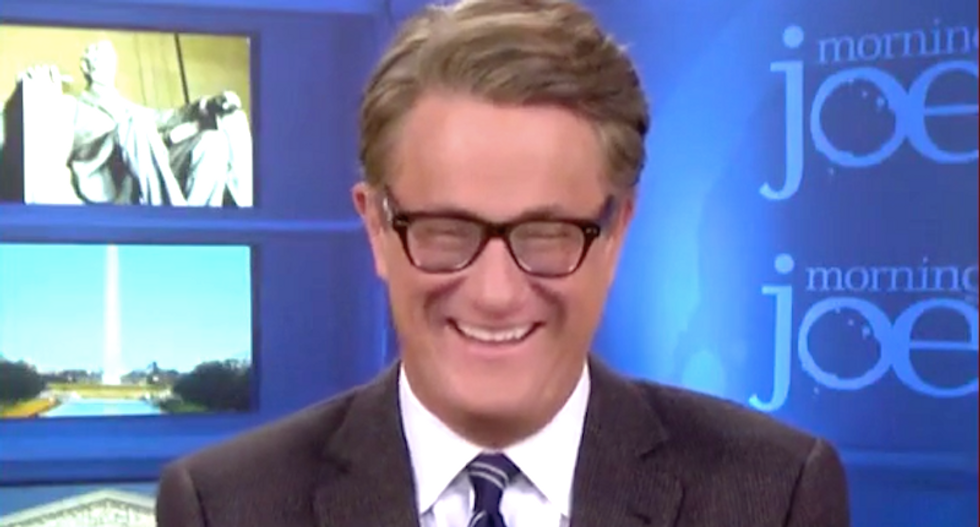 MSNBC's Joe Scarborough burst into laughter after watching a clip of President Donald Trump threatening CNN's business from the campaign trail -- which could serve as evidence in a lawsuit.

The Justice Department reportedly won't approve the $85 billion merger between CNN's parent company, Time Warner, and AT&T unless the telecommunications company sells off the cable news network or DirecTV.

Trump has repeatedly singled out CNN for attacks both on the campaign trail and as president, which could be presented as evidence to block the conditions imposed by the Justice Department.

"As an example of the power structure I'm fighting, AT&T is buying Time Warner and thus CNN," Trump said last year, in a clip aired Thursday morning by MSNBC. "A deal we will not approve in my administration because it's too much concentration of power in the hands of too few."

The "Morning Joe" host burst into laughter after watching the video clip, saying it would undermine his administration's case against the merger.

"I'm sorry, you know, there are so many times, and even Kellyanne Conway's husband at one point basically said, 'Mr. President, you need to just shut up because you are hurting yourself in your legal cases,'" Scarborough said. "He did that, his tweets, his words have been used time and time against him rightly in courts by judges to strike down decisions that actually would have gone (to) his benefit."

Scarborough said no judge would ignore that clear evidence of prejudice

"I'm just a dumb country lawyer, and I don't know a whole lot of this stuff," joked Scarborough, a former attorney and lawmaker. "I am thinking that clip could be used by any attorney, AT&T, to say, 'Hey, look, you can see what was in his mind before he was president of the United States, even before he knew what the merger looked like. He said he wouldn't approve it and brought up CNN, his obsession with CNN."