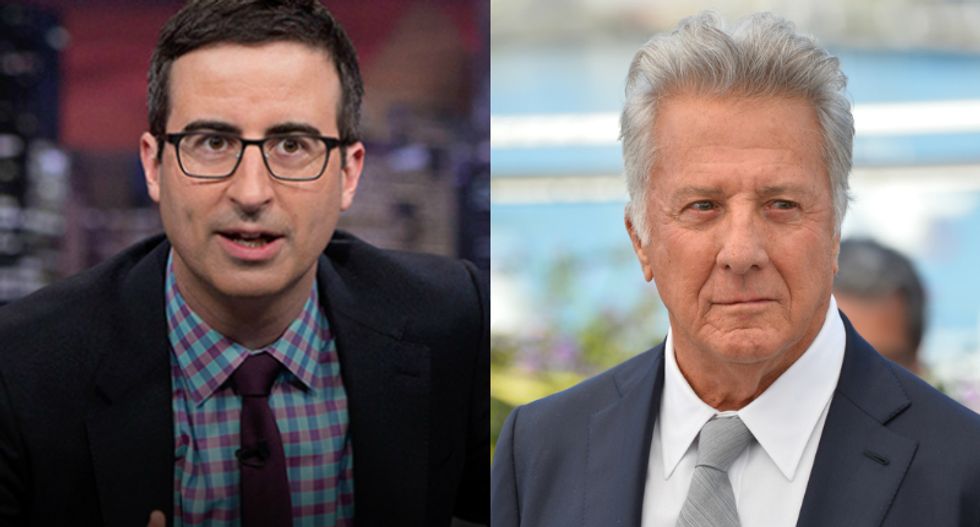 Crowd members at a Tribeca Film Institute benefit witnessed a testy exchange between late night TV host John Oliver and film star Dustin Hoffman when the former asked the actor about sexual assault allegations that had recently been leveled against him.

According to The Hollywood Reporter, Oliver questioned Hoffman during a panel discussion on the 20th anniversary of Wag The Dog about allegations that the actor sexually harassed then-17-year-old writer Anna Graham Hunter when she was working with him on a film in 1985.

According to The Washington Post's Steven Zeitchik, Oliver "went after [Hoffman] big time" and caused the actor to become "visibly uncomfortable."

Soon after, Zeitchik tweeted that "all hell has now broken loose" after the topic resurfaced and Hoffman said Oliver was "unquestionably believing accusers." Audience members, the Post reporter noted, soon joined in.

All hell has now broken loose on this Wag The Dog panel. The subject seemed over after seven minutes but Hoffman br… https://t.co/SIy5QE6zNF
— Steven Zeitchik (@Steven Zeitchik) 1512439187.0

"You've made an incredible assumption about me, sir," Hoffman said, according to CBS' Laura Podesta.

“You’ve made this incredible assumption about me, sir.” Hoffman said to Oliver. Oliver says it’s something he had t… https://t.co/K0ZezLtLDU
— Laura Podesta (@Laura Podesta) 1512438893.0

Podesta also noted that Hoffman claims he never met the woman who accused him.