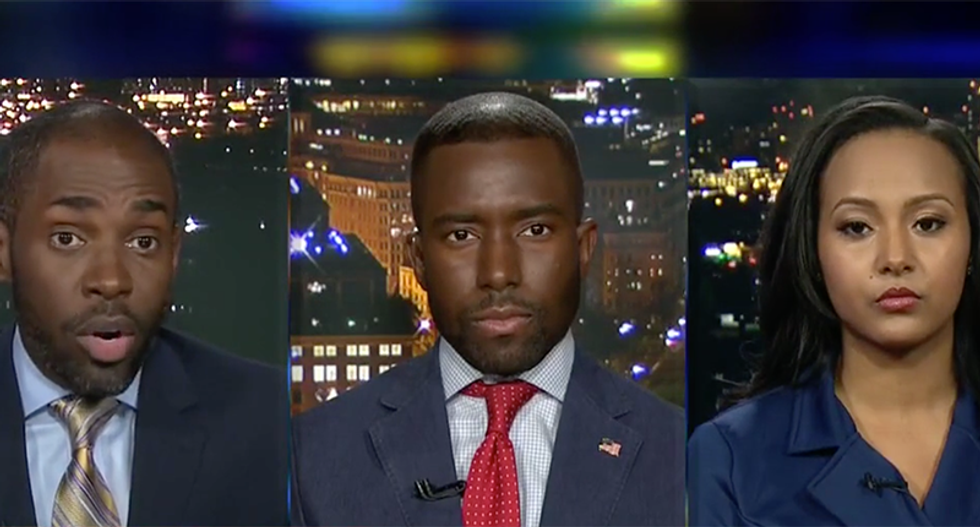 Omarosa Manigault-Newman was out this week leading to mockery from the left. However, people of color on the right were eager to attack too. And according to at least one black conservative, the White House gave the green light.

"Yeah, they told us to take the gloves off," admitted Ayshia Connors, former deputy director of African American Political Engagement at the Republican National Committee. "They wanted us to share our experience. I mean, in my experience when I was at the RNC, and when other black conservatives that were establishment folks were trying to engage her and trying to do black outreach, we were blocked. We were shut out. So, now that she went on and was talking about what her experience was in the White House and how uncomfortable she was, we got the OK to go ahead and express our stories."

The other conservatives on the panel corroborated that the White House had given the go-ahead, but they were reluctant to go on the attack.

Connors went on to say that the black leaders in the GOP were asked for a list of names for people of color who could work in the administration, but those people never got a call from the White House.

"We have information that Omarosa trashed those -- I mean, those people were never given an interview," Connors said. "That is a direct Omarosa obstructing black Republicans."