'I hope you find your people': Whoopi bids farewell to Omarosa who's 'been so nasty to so many women of color' 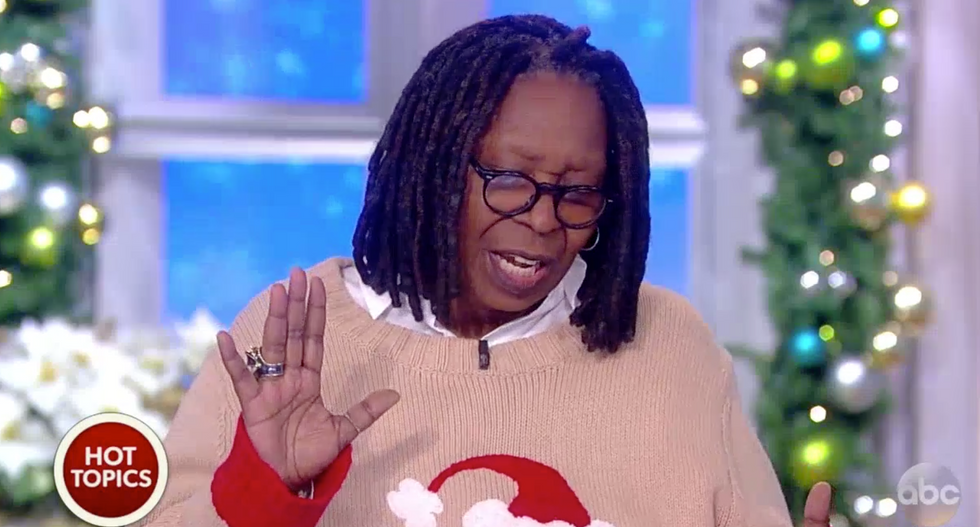 The women of “The View” on Thursday reacted to the departure of Omarosa Manigault, Donald Trump’s former “Apprentice” co-star who became the president’s director of communications for the Office of Public Liaison.

“The White House has claimed another victim,” Whoopi Goldberg said, noting Manigault reportedly had to be physically removed from the White House following her dismissal. Speaking with ABC’s “Good Morning America” on Thursday, Manigault denied that characterization of her departure.

Discussing the Trump administration’s historic turnover rate, Meghan McCain argued the best presidents have aides who remain out of the limelight.

“If you want to be in media, be in media,” McCain said, noting people in Trump’s White House want to “continue on the president’s legacy of reality television, and continue to be famous.”

Goldberg took issue with Manigault’s approach to women, and particular women of color, both as a reality TV star and in the White House. Goldberg referenced an interview Manigault gave last September, where she declared enemies of Trump will have to “bow down” to him as president.

“You mention that we would all be bowing down,” Goldberg said. “I hope you find something to do, O. And I hope you find your people—because maybe they’re looking for you”

Watch below, via ABC: