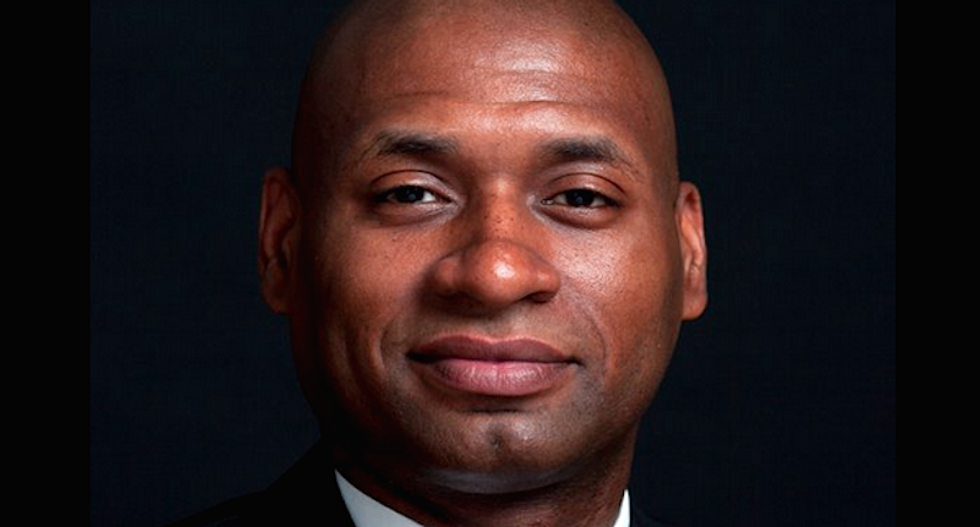 President Donald Trump put his racism and bigotry on display once again this week, which columnist Charles Blow said underscored that he's "completely unfit" for office.

The New York Times columnist wrote Friday that Trump was a "bestial creature" who was incable of thinking beyond himself or controlling his own crude impulses.

"The Trump Doctrine is White Supremacy," Blow wrote. "Yes, he is also diplomatically inept, overwhelmed by avarice, thoroughly corrupt and a pathological liar, but it is to white supremacy and to hostility for everyone not white that he always returns."

This week alone, the president insulted Navajo code talkers during a White House ceremony, reportedly revived his questions about Barack Obama's birthplace and retweeted anti-Muslim propaganda by a British fascist.

The columnist put the blame for Trump squarely on Republicans, who have tried to distance themselves from responsibility by framing the election as a false choice between the former reality TV star and Hillary Clinton.

"Republicans had a choice of 17 nominees; they chose Donald Trump," Blow wrote. "The party threw its weight behind him. Many of the candidates who had vigorously opposed Trump, including on moral grounds, endorsed him. Millions of voters who had voted for other candidates also voted for Trump."

Trump's moral and intellectual failings have been on clear display throughout his decades in public life, Blow wrote, and Republicans chose him anyway.

"They nominated and elected a sexist, bigoted, white-supremacist sympathizer because, to them, those traits were, on the one hand, not disqualifying, and on the other hand, commendable," he wrote.