Chicago-area churches work with police on defense during church shootings: 'I'd rather you be prepared' 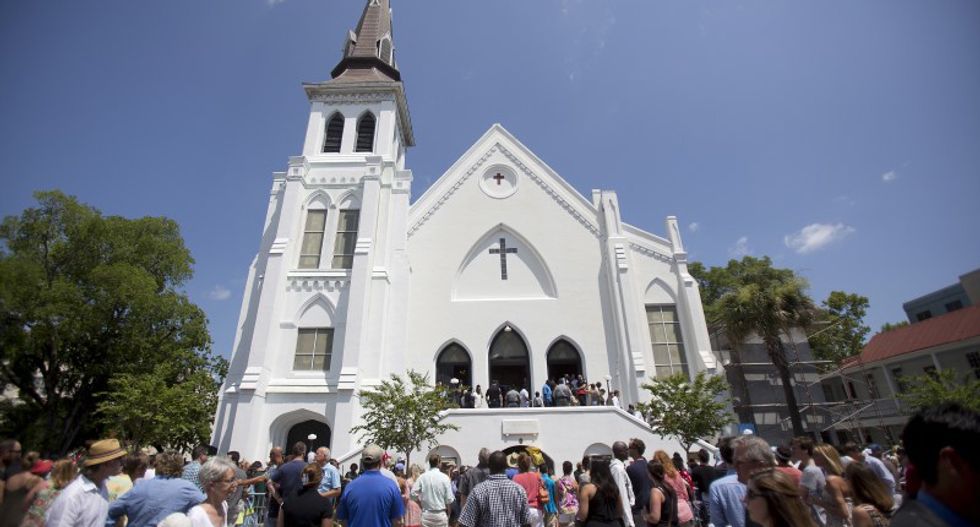 After the shooting at a Baptist church in Texas, Elmwood Park police officials met with local church leaders to talk about security and protection.

According to the Chicago Tribune, the presentation was geared toward stopping the overwhelming bloodshed Texans faced in November.

Elmwood Park Police Chief Frank Fagiano explained that the department's work isn't just isolated to churches, they're also initiating a session for daycare providers after a shooting in a California facility in October.

Mass shootings and active shooter incidents are on the rise, according to FiveThirtyEight. However, they're also becoming more deadly. Part time Chicago resident Barack Obama told CBS in an interview that the “pattern” of mass shootings in the United States has "no parallel anywhere else in world."

"People should be able to go and worship, and it should be safe for them," Elmood Park PD Commander Michael Kmiecik told those in attendance at the Elmwood Park meeting. "And it's not, unfortunately." He called the need for dealing with these issues "sad" and said it can be an upsetting topic when he speaks at schools.

"I almost have to say, relax, this isn't happening tomorrow. But I'd rather you be prepared than not," he said.

Kmiecik helped church members understand the warning signs of a possible shooting. Some include "development of a personal grievance" or if someone who recently acquires an arsenal of weapons and starts doing target practice. Other possible indicators might be someone showing an increased interest in previous mass shootings or someone who has experienced a significant loss.

The example he showed was a horrifying video of an incident in which a man appeared before a school board after his wife was fired from her job.

The church members were encouraged to learn how to initiate "soft" lockdowns, where doors and windows are bolted and no one is able to enter or exit for security reasons. A "hard" lockdown is typically when there is an existing active shooter situation already in the area, or some other life-threatening event.

"The biggest thing is respond immediately," he told them. "One question we get all the time: Do I call 911 first or do I tell everybody there is an incident going on? Unfortunately, I can't give you a perfect answer."

Ideally, one person would be calling police while another secures the building. Those calling the police should be prepared to give the location and movements of the shooter or shooters and as much of a description of the shooter as possible.

He also advised people not to whisper or be afraid when an active shooter situation unfolds. "It's not a secret. Everybody should be communicating."

One thing shooters generally understand is that they know police are likely on their way. According to Kmiecik, "there are two clocks in these incidents: One is for us to get there, and the other is to get you medical attention."

Everyone should know where exits are and be prepared. "If someone starts firing on us, I want to know where I can go to get cover. I don't want to be standing out there, now I need to figure it out."

Dave Pisciotto, of Elmwood Park Bible Church, is also a retired police officer. He told the Chicago Tribune that he intends to share what he learned with other members so everyone can be ready. Knowing what could happen can help -- "just to have you think about the possibility, so you are somewhat prepared and not totally in shock [and] not able to respond at all."