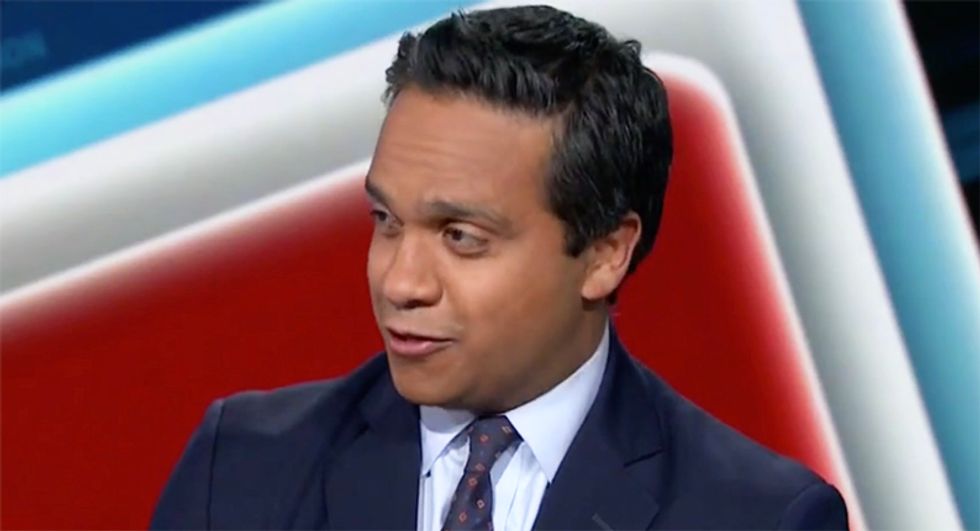 During a CNN panel discussion on the plea deal worked out between former national security adviser Michael Flynn and  Robert Mueller, a CNN congressional correspondent speculated that the special counsel is also taking a good hard look at Vice President's Mike Pence's involvement in the scandal.

"I was going to ask you about this, Manu," Sciutto began. "The timeline is very relevant here. Flynn is interviewed on Jan 24, 2016 by the FBI. Sally Yates, two days later and acting attorney general, raises a red flag because it was apparent he had lied in that interview. and then, it is a couple of weeks later when the president has a meeting with with James Comey and says, "Hey, layoff my pal, Michael Flynn.'"

"Yeah, and keeping him on staff, Flynn, for a couple of weeks afterwards," Raju added. "Despite having that warning, very blatant warning from Sally Yates."

"He was head of the transition team," the CNN correspondent explained "He perhaps may have had some sense of these discussions that were going on. Even if he was not named in that court document today, it does not mean he may not have been aware of some of the things that were happening here. That's one of the key questions that I think Mueller is going to have to explore"