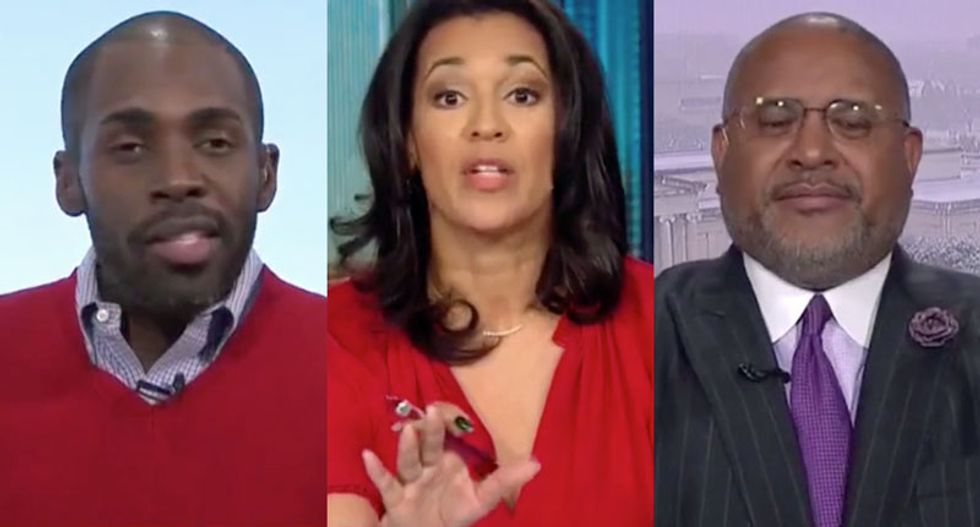 Paris Dennard, Fredricka Whitfield and A. Scott Bolden on CNN

"So Scott, are you among those who disagree with the appropriateness of the president being at the civil rights museum?" Whitfield asked.

"I certainly don't believe he should be there," Bolden responded. "I'll give you his record on civil rights and his record on oppressing black people and brown people."

As Bolden proceeded to list Trump's record on civil rights, Dennard followed each item with a shout of, "wrong!"

The tension continued to rise as Whitfield attempted to moderate the conversation.

"Just last night, he went to Florida and the Alabama border and asked for people to vote for someone like Roy Moore who believed that America was great at its best during slavery times," Bolden noted.

"And Paris, this is personal for so many people of color in this nation. So for you personally then...how do you as a black man defend the president's remarks last night for support of a man who talked about days being great in the days of slavery?" Whitfield interjected.

"Let's listen to you trying to defend yourself as a black man with Donald Trump," Scott dared. "Let's hear it."

Dennard replied, "I will not have you insinuating that my blackness is in question because I support this president.

"I will not defend my blackness," Dennard stated.

"He can't defend the indefensible," Bolden concluded later in the segment.