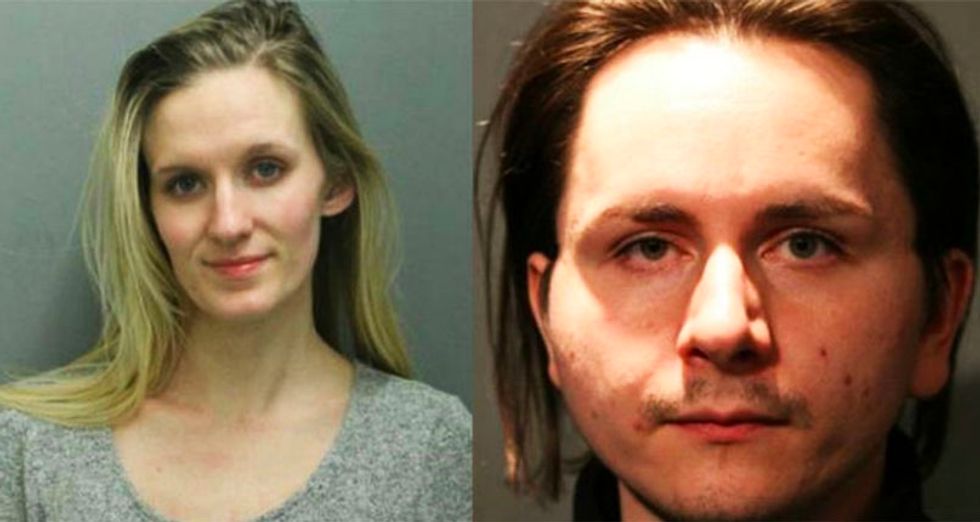 A Minnesota couple have been charged with lying to Chicago police about being robbed at knife-point by three black men on a visit to the city.

According to the City Paper, Ryan Reiersgaard and his girlfriend Katie Mager, both 27, told police that they had been accosted by three black men after leaving Chicago's O'Hare airport. They said they were menaced at knife-point by the men before being robbed of her engagement ring, their luggage, $5,000 cash, a Louis Vuitton bag, an Apple laptop and a Burberry purse.

In their detailed description of their assailants, Mager described one of them as looking "like a milk-dud or Fat Albert, reeked of marijuana and was short in height and heavy-set,” according to the police report.

Police state that they received a 911 call from the couple at around 1:50 a.m. Thursday and told officers they had gotten lost looking for their hotel when the incident happened. After driving the couple around looking for the location of the attack, the couple's story began to fall apart.

Adding to the collapse of their story, airport surveillance video showed the couple arrived in Chicago without luggage.

Confronted with the discrepancies, Reiersgaard blames the story on his girlfriend, adding that he didn't "know her motives," before suggesting they did it "for fun."

In her defense, Mager pleaded with police to be let go, stating that she had "made a mistake, had bad friends, and was sorry."

Both of them have been charged with one felony count of disorderly conduct of a false police report, and could face up to a three-year sentence in Illinois. According to police, Mager has previously been convicted of "unauthorized practice" as a peace officer in 2014, and of financial transaction fraud in 2013.

The couple is expected in court on Thursday.