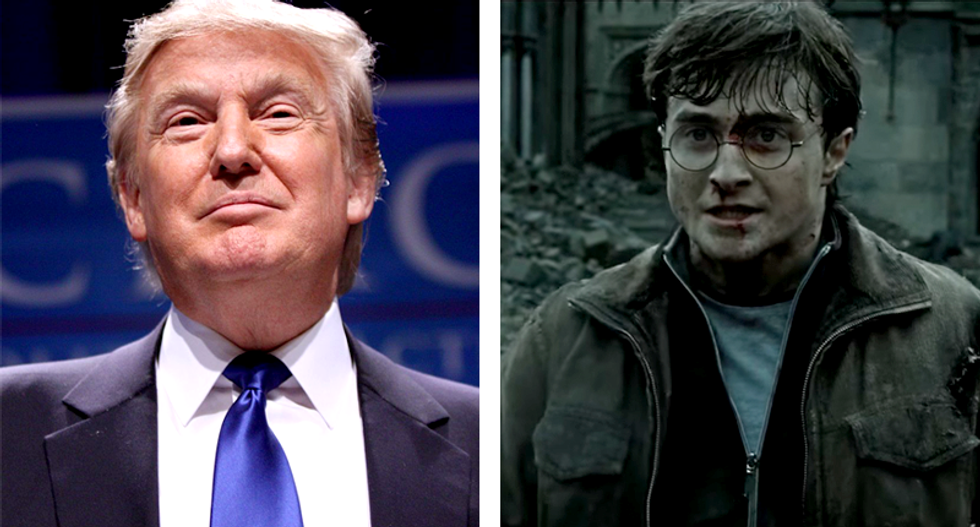 The battle began Wednesday after the New York Times detailed a mounting insurgence at the CFPB. Late last month, a U.S. District Court judge handed Donald Trump a major victory over the bureau, allowing the president to install White House budget director Mick Mulvaney as acting director. As the Times reports, Mulvaney has already begun dismantling the CFPB, a brainchild of Sen. Elizabeth Warren (D-MA) which was finally formed in 2011 thanks to the Dodd-Frank Act.

“This place will be different, under my leadership and under whoever follows me,” Mulvaney said Monday.

Mulvaney heading the CFPB reportedly doesn’t sit well with some employees, who fear Republicans’ deep-seated hatred for the bureau will cripple their attempts to protect consumers against financial institutions. Despite promising he won’t “blow up” the CFPB, Mulvaney once called it a “sick, sad” joke that’s emblematic of “how a bureaucracy will function if it has no accountability to anybody.”

Such sentiments have reportedly lent a hand to CFPB staffers who “are quietly resisting.” According to the Times, “one small group calls itself ‘Dumbledore’s Army,’” a reference to the group of Hogwarts students in Harry Potter who defied Professor Dolores Umbridge and taught themselves Defense Against the Dark Arts in secret. That band of resisters ultimately took up wands against Lord Voldemort and, along with members of the Order of the Pheonix, destroyed the Death Eaters in the Battle of Hogwarts.

The Times went on to note that “in some cases, conversations between staff that used to take place by phone or text now happen almost exclusively in person or through encrypted messaging apps.”

On Wednesday, the conservative “Cause of Action Institute”—which previously sued the State Department over Hillary Clinton’s emails—filed a Freedom of Information Act citing the Times report. The group requested “all records reflecting the total number of CFPB devices on which encrypted messaging applications,” and all communications containing the words “Dumbledore,” “Dumbledore’s Army,” “Snape,” “Voldemort,” and “He-who-shall-not-be-named.”

The group is “concerned that these individuals may be using the encrypted messaging applications to avoid transparency laws in an effort to conceal their communications from internal and external oversight,” according to the FOIA request, and are hoping to weed out members of the so-called “deep state” who are resisting Trump and Mulvaney’s reign over the bureau.

In the Harry Potter analogy, this makes the “Cause of Action Institute” roughly equivalent to Umbridge’s Inquisitorial Squad, which was founded to rat out members of Dumbledore’s Army, and ultimately aided Voldemort’s efforts to rule the Wizarding World.

Luckily for us, we know how that story ends.