‘Ed wrestled me down to the carpet’: Former teen intern accuses Wyoming Secretary of State of sexually assaulting her 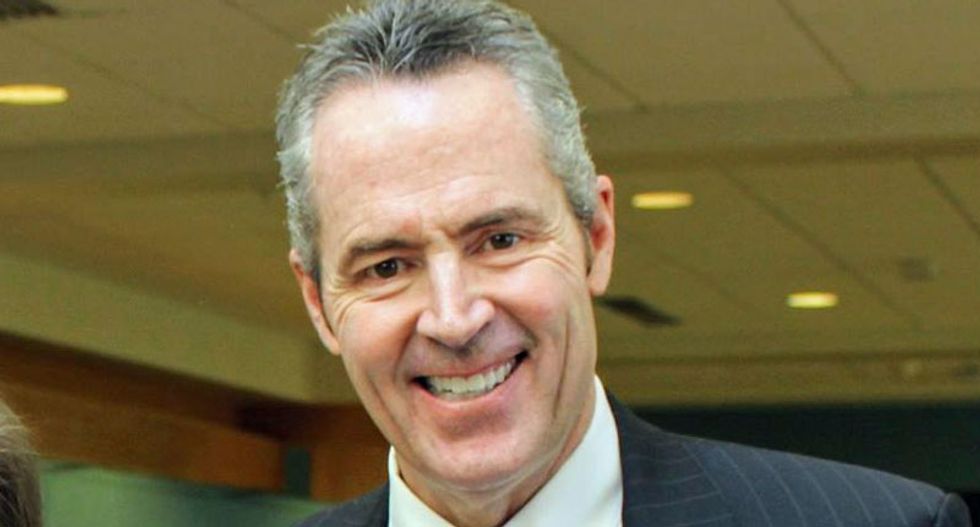 Wyoming Secretary of State Ed Murray has been accused of sexually assaulting an 18-year-old who was interning the summer after high school at the law firm where Murray worked after graduating from law school, the Casper Star Tribune reports.

"As this issue of sexual harassment and assault has grown, my daughters have asked about my experience. As I described it, they asked what I did about it and the answer is, nothing," Maxwell explained, of her motivations. "I did not know what to do and I don’t believe there was really any option available that would have properly addressed the problem. But it is a different time and they have encouraged me to speak up."

The #MeToo post explains the incident allegedly occured the summer after Maxwell graduated from high school, when she was an 18-year-old intern at the law firm of Dray, Madison and Thompson in Cheyenne, Wyoming.

"He was older, handsome and from an old Cheyenne family but I didn’t really know him. It’s hard to remember exactly why he invited me to hang out but I remember it seemed strange. I was no great beauty, 5 years is a big gap at that stage of life, and he came from what I thought was an entirely different world," Maxwell explained. "I also remember thinking how weird it was that I was supposed to meet him at the office after hours, but, again, I didn’t have much experience in the world."

The night "started to get weird" in the receptionist's area of the law firm.

"Ed and I had never gone out, hadn’t really talked much or knew each other well so when the talk quickly came to how attracted he was to me and he started putting his hands on me and tried to kiss me I was completely uncomfortable. I was a virgin and had never had sex with a man and I told Eddie so," Maxwell recalled.

"What did happen is that Ed wrestled me down to the carpet in front of the receptionist desk, opened his pants, lifted up my blouse and ejaculated on my stomach," Maxwell charged. "I was disgusted and horrified. One of the unforgettable memories was of him handing me the box of Kleenex from the receptionist’s desk to clean myself up after after he was finished."

Murray then allegedly blamed the victim for causing his sexual assault, claiming she "was just too attractive to resist."

Maxwell claimed she proceeded to warn friends to avoid Murray "as much as possible" and claims that Murray apologized a decade later at her 10 year high school reunion, after Murray had married one of her classmates.

Secretary of State Murray released a statement denying the accusation.

"I was shocked and appalled to read Ms. Maxwell’s statement. This baseless claim about an encounter from thirty-five years ago is unequivocally false," Murray argued. "There is no basis to this falsehood whatsoever and it is deeply hurtful to me and to my family, as well as to everyone I serve."

Maxwell explained how confusing it was to be an 18-year-old victimized by a much-older lawyer.

"It was confusing to know what to do. I really liked my job and was worried that telling someone would get me fired. I certainly wasn’t going to tell my parents , I couldn’t imagine going to the lawyers and I hadn’t been physically hurt so the police didn’t seem like an option either," Maxwell remembered. "But I knew what happened wasn’t okay. I knew that someone doesn’t have the right to force any kind of sexual act on another person."