Fox News host gets psychoanalyzed by vegetarian feminist: Why are you concerned about men being more or less masculine? 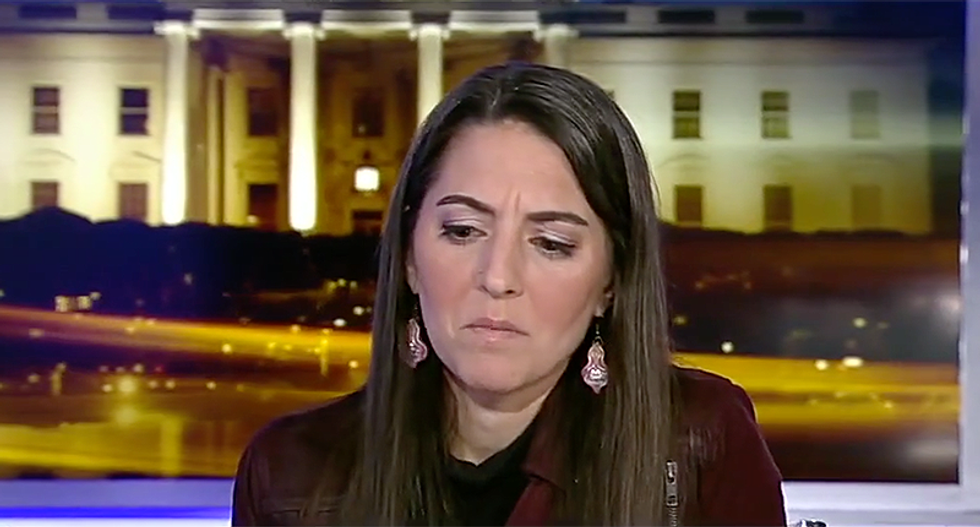 In a conversation about "meat-masculinity," feminism and vegetarianism, Fox News host Tucker Carlson had such a difficult time going up against a Pennsylvania State University professor, he asked if the interview was a joke.

During the conversation, Carlson told the professor that he didn't read the piece because he didn't get his copy of The Journal of Feminist Geography in the mail. However, when he began asking questions about the article, Carlson said, "you seem to say in your piece."

"You seem to say in your piece?" DeLessio-Parson paused, confused. "You said you didn't read it yet!"

Carlson explained that his staff gave him quotes from the piece.

"Why do you believe eating meat makes men more masculine," he asked.

"Why do you -- I guess I'm wondering why you're so concerned about men becoming more or less masculine," DeLessio-Parson pondered out loud.

"What's performance art?" DeLessio-Parson asked. "No, no, no, I'm a professor. I believe that when you come together -- when two individuals come together you co-produce knowledge. So, you were saying before, you didn't finish college?"

"You co-produce knowledge," Carlson repeated. "So, you tell me this, if I stopped eating meat, how would I be better?"

She explained it isn't a matter of "better or worse" as that implies a judgement. She was focused more on the amount of space people take up and how it fits in with a patriarchal understanding.

"You promise you're a real professor?" Carlson asked again.

"Yeah. What does it mean to be a real professor?" she asked.

Watch the strange conversation below: