GOP analyst predicts John Kelly exit after learning Trump secretly sabotages him: ‘How long can he take it?’ 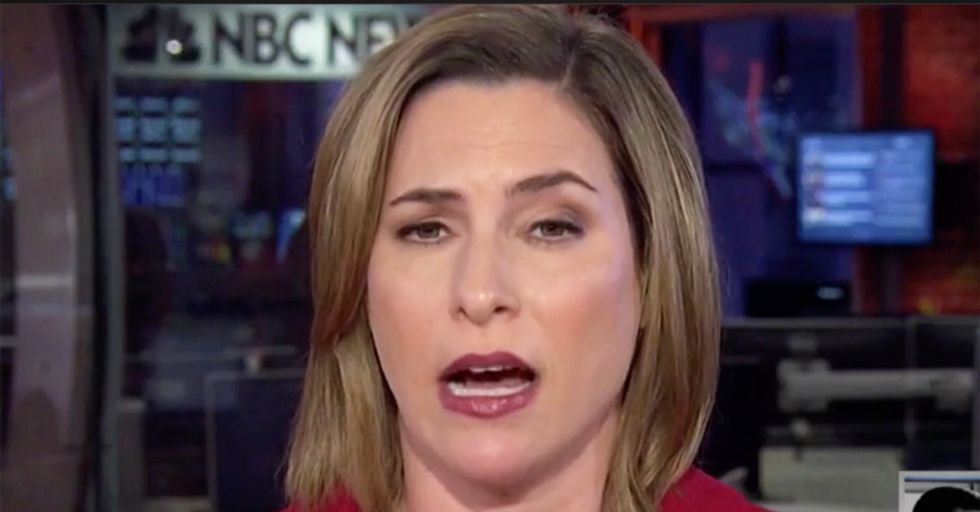 Addressing a Wall Street Journal report that President Donald Trump is undermining his chief of staff by scheduling late night meetings behind his back, a longtime GOP strategist worried that John Kelly might leave because he can't control the president.

Speaking with MSNBC host Alex Witt, Susan Del Percio appeared dismayed by the report and was at a loss to explain why Trump does the things he does.

"I want to look at a Wall Street Journal report just out today that says the president is undermining his chief of staff's attempts to impose discipline in the White House," Witt began. "Here is the read: 'The president on occasion has called White House aides to the private residence in the evening, where he makes assignments and asks them not tell Mr. Kelly about the plans.' Why would he do that?"

"Why does he do anything?" the exasperated Del Percio replied. "He has undermined Secretary of State Tillerson from the beginning. He has undermined every member of his cabinet by basically just the way he speaks and tweets on a weekly basis. It's not surprising at all."

"The question I have is: how long will General Kelly take it?" she asked. "How long will other people who are trying to do the right thing by serving this administration stay there? Because at the beginning of this year I was one who said let's give the generals a chance. Let's give President Trump a chance. He has put really good people in, but when he does do this type of undermining, how long can they stay there and keep their reputations intact and really still help the country?""

"In an effort to be fair here, have other presidents taken this kind of tact with their staff?" host Witt asked former Vermont Gov. Howard Dean.

"They have not," Dean replied with a smirk.