GOP senator mocks Trump nominee: ‘Just because you’ve seen My Cousin Vinny doesn’t qualify you to be a federal judge’ 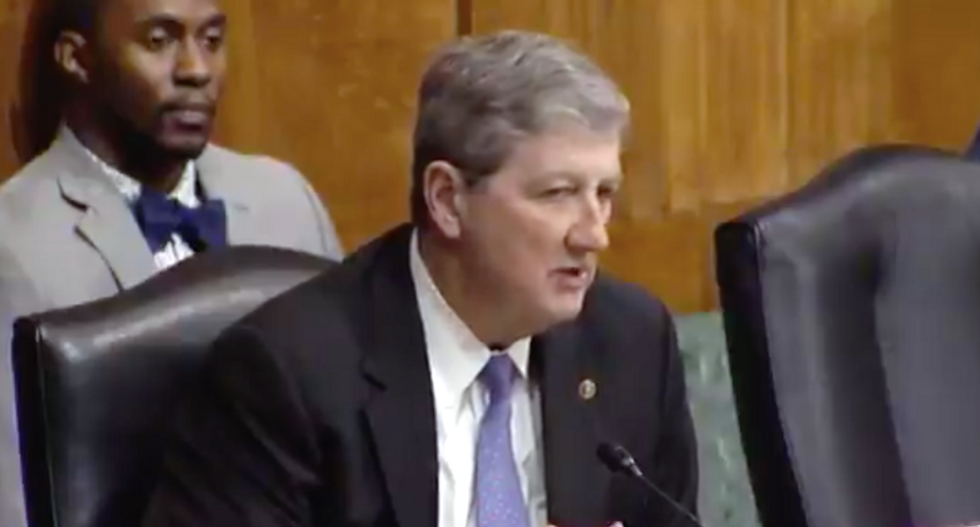 A Republican senator continued to pour mockery on a Trump judicial nominee whose ineptitude he helped reveal in an exchange that went viral.

Sen. John Kennedy (R-LA) grilled judicial nominee Matthew S. Petersen last week on the basics of law before the Senate Judiciary Committee, and video of the hearing was widely shared on social media.

Kennedy told WWL-TV that he hadn't realized Petersen was so inexperienced until the hearing began.

“Just because you’ve seen 'My Cousin Vinny' doesn’t qualify you to be a federal judge,” Kennedy told the TV station. “He has no litigation experience, and my job on the judiciary committee is to catch him. I would strongly suggest he not give up his day job.”

Kennedy said the president called him Saturday to talk about Petersen, but Trump blamed his staff for sending an inexperienced nominee and did not pressure the senator to confirm him.

“He has told me, ‘Kennedy, when some of my guys send someone who is not qualified, you do your job,’” Kennedy said.

Petersen, a member of the Federal Election Commission and a nominee for a lifetime appointment to the federal bench, admitted to Kennedy that he had never handled a jury or bench trial, and he was unable to define some common legal procedures.

He withdrew from consideration Monday.

MUST WATCH: Republican @SenJohnKennedy asks one of @realDonaldTrump’s US District Judge nominees basic questions of law & he can’t answer a single one. Hoo-boy. pic.twitter.com/fphQx2o1rc