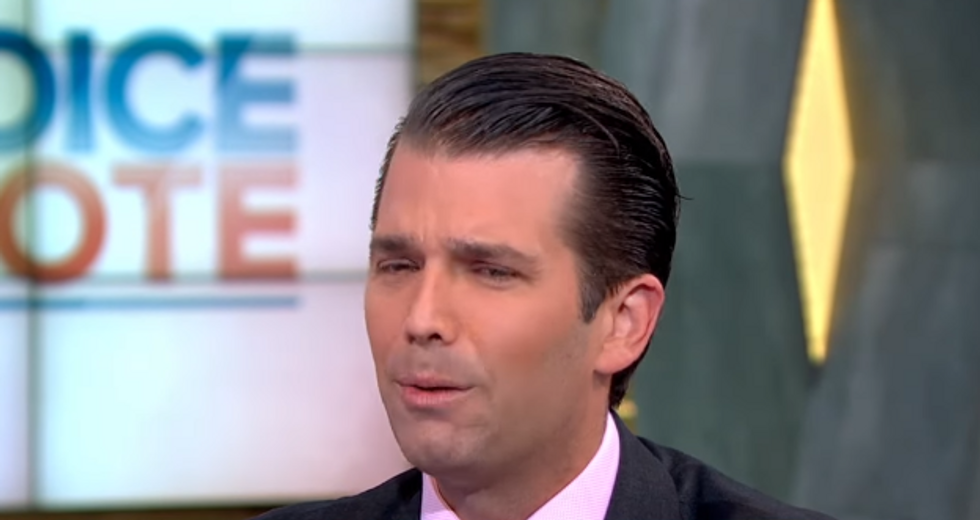 A former Justice Department spokesman said Donald Trump Jr. was certain to face a grand jury subpoena after refusing to answer questions about his father from congressional investigators.

The president's son testified for hours Wednesday before the House Intelligence Committee, but he invoked attorney-client privilege to avoid answering questions about conversations with his father.

Neither President Donald Trump or his namesake are attorneys, but the younger Trump argued the conversations about his meetings with a Russian lawyer were privileged because their attorneys took part.

"Don Jr. couldn’t have given Mueller a clearer signal that the answer is incriminating," Miller tweeted. "Hello, grand jury subpoena."

Miller said Trump Jr.'s argument would not likely work when talking to Mueller and his team of prosecutors.

"People often make aggressive privilege claims before Congress because it’s cumbersome for Congress to actually litigate it so they rarely do," Miller tweeted. "Not so for Mueller, obviously."