Here are five things that actually didn't suck in 2017 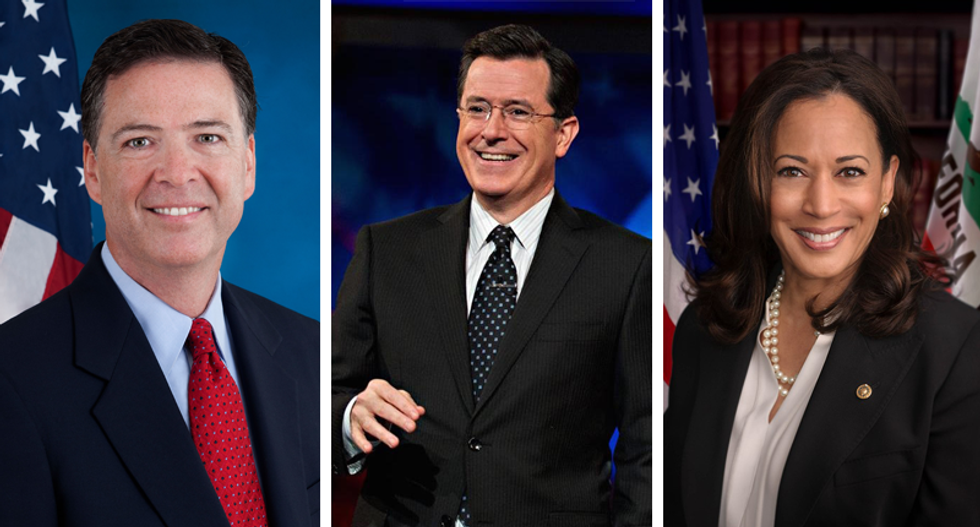 And it’s not just me saying that; a cursory look through Twitter verifies that 2017 was, in fact, the worst one yet. In fact, I can say with a great degree of certainty that the only people who actually enjoyed it are Donald Trump sycophants and that kid who got a free year of Wendy’s nuggets.

To recap: A reality TV star was inaugurated as the 45 president of the United States and began systematically dismantling the very institutions we’ve come to rely on to protect our democracy; drug overdoses lowered Americans’ life expectancy for the second year in a row (fueled, in large part, by an opium epidemic that killed more Americans last year than the Vietnam War—a number expected to rise in 2017); a category 5 hurricane ransacked Puerto Rico, leaving one million Americans without drinking water a full month after it made landfall; wildfires ravaged much of Southern California, burning 175,000 acres in the first week of December alone; Tom Petty died—the list goes on.

But, it can’t all be bad, right? And, in the interest of looking on the bright side (and not falling into a pit of despair), we’ve compiled a list of 7 actually good things that came out of this sh*tshow of a year. Here’s to a slightly-less soul-crushing 2018—one can dream, right?

1. Alabama did not send an accused child molester to the Senate.

It turns out there’s one thing worse than being a Democrat in Alabama! But, just one thing.

The Alabama Senate race was a riveting case study in just what Democrats have to do to flip unlikely Congressional seats next year: namely, not nominate an accused child predator, and maybe make sure Republicans do.

Senator-elect Doug Jones pulled out a miracle finish earlier this month after he defeated Roy Moore, becoming the first Democratic senator from Alabama in 20 years. The race was quite honestly the natural progression from America electing an accused sexual predator as president (a president who, in turn, offered said accused child molester a tacit endorsement).

But in a stunning display of basic human decency, the voters in Alabama ultimately decided to draw a line in the sand and tell the world: we don’t want a child predator representing us!

And beyond that, voters rejected an openly homophobic candidate who once said American was great during slavery and who was twice disciplined by the Alabama State judicial ethics panel for flouting court orders as a judge, instead choosing a former federal prosecutor who helped jail two of the KKK members responsible for killing four African-American girls in the 1963 church bombing. Jones campaigned hard for the state’s black voters and they made him their next Alabama senator. A very good thing.

2. Stephen Colbert hit is stride as the ultimate Trump critic.

Say what you will about comedy in the Trump area, one of the best things about 2017 was Stephen Colbert’s triumphant rise as one of Trump’s sharpest—and funniest—critics.

Colbert’s rating skyrocketed 2017 as he pulled viewers away from late night nice guy Jimmy Fallon. In May, Colbert’s rising star status even drew the ire of the FCC, which threatened to fine the host after he declared Trump’s mouth is only good for “being Vladimir Putin’s cock holster.”

But Colbert place on late-night “Must Watch” lists wasn’t officially cemented until he was targeted by Trump himself.

“You see a no-talent guy like Colbert,” Trump said in May after the “cock holster” joke. “There’s nothing funny about what he says. And what he says is filthy. And you have kids watching. And it only builds up my base. It only helps me, people like him…The guy was dying. By the way, they were going to take him off television, then he started attacking me and he started doing better. But his show was dying. I’ve done his show. But when I did his show, which, by the way, was very highly rated. It was high – highest rating. The highest rating he’s ever had.”

“The President of the United States has personally come after me and my show,” Colbert said following that remark. “And there’s only one thing to say: Yeeeeeee!”

In 2017, Twitter became less of a fun way to engage with breaking news and more of a harbinger of the apocalypse. Between Trump using the platform to divulge his absurd and often incoherent stream of consciousness and regular people using it to find out that the world is falling apart, few good things came from the website this year.

That is until a scrappy Gizmodo reporter, Ashley Feinberg, managed to unearth Comey’s secret Twitter account, earning praise form the for former FBI director and prompting the man responsible for this year’s most compelling Congressional testimony (what a 2017 statement) to assume his rightful throne as the man Most Likely to Subtweet Trump on Twitter.

It seems pretty straightforward, right? Except hours before, Trump had ranted against three former intelligence officials, including Comey, by calling them “political hacks” and declaring the former FBI director “a liar.”

A simple, subtle and effective rebuke of the president. We’re here for it.

4. The #MeToo movement sparked a much-needed dialogue about abuse of power.

If the cascade of sexual assault allegations against men in power managed to drag you down this year, you’re certainly not alone. But you know who’s been dragged down for literally centuries? Women.

The #metoo movement—whose participants were honored by Time Magazine as Person of the Year—sparked a national conversation about men in power and forced the nation to grapple with rampant sexism and sexual harassment in every industry and across the ideological spectrum. It’s a rough but necessary conversation, and the strength of those who’ve come forward with their stories cannot be understated.

Maybe in 2018, people can just keep it in their pants?

By far, the political rockstars of 2017 were the fierce women who stood up their ground—and stood up to bullies. If watching Trump glare at an incredible Daft Punk melody performed by the French military band made you queasy this year, then your best antidote is this clip of the fierce and fabulous? Rep. Maxine Waters smacking down Steve Mnuchin and “reclaiming [her] time”

And, of course, Sen. Elizabeth Warren, forever a thorn in the GOP’s side, whose tenacity was memorialized and meme-ified after Sen. Majority leader Mitch McConnell complained (to his own chagrin), “She was warned. She was given an explanation. Nevertheless, she persisted.”