‘He’s a bigot and a pedophile’: MSNBC guest questions whether Moore supporters are 'decent' people 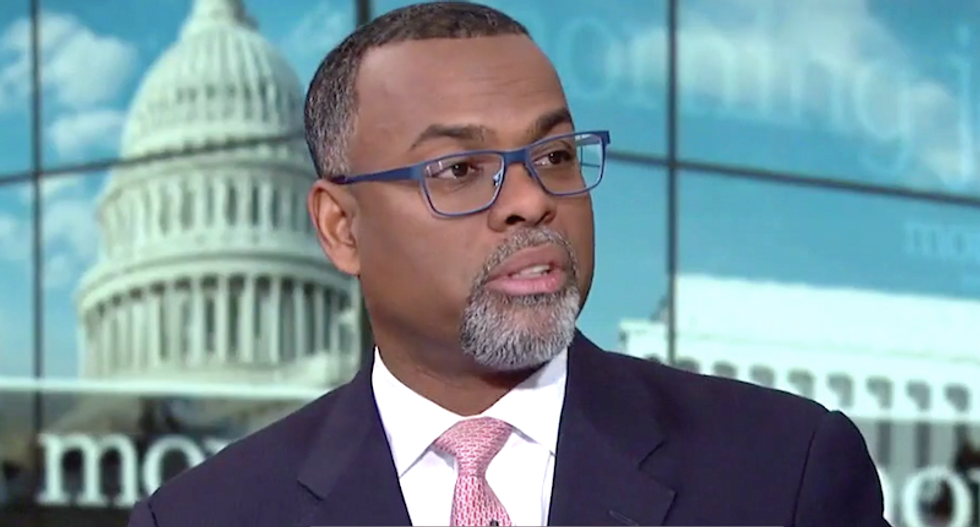 MSNBC's Joe Scarborough and his guests questioned the morals of Alabama voters will to back Roy Moore in his U.S. Senate race.

The "Morning Joe" host said Moore should have been disqualified from serving even before nearly a dozen women accused him of molestation and sexually predatory behavior when they were teenagers and he was an assistant prosecutor in his 30s.

"He believes that the 13th and 14th Amendments should be done away with, which, of course, were the amendments after the Civil War that ended slavery," Scarborough said. "Of course, he also came out last week with a quote that said we were -- when was America last great again? A single black audience member asked, and he responded back -- times of slavery, families were closer together."

"(Moore praised) Vladimir Putin, talking about how America is the center of the evil of the world, and Putin may be more of a kindred spirit of him," Scarborough continued. "These actually show why so many people like myself who would normally vote for a conservative thought that Roy Moore was unqualified even before the Washington Post started putting out these stories about very young teenage girls."

Guest Eddie Glaude Jr., a Mississippi native and chair of the Department of African American Studies at Princeton University, said he and Scarborough, who grew up on the Florida panhandle, were all too familiar with public figures like Moore.

"I know what he's doing, I know who he is," Glaude said. "We need to call him for who he is, what he is. He's a bigot who is running for the U.S. Senate, and he's a pedophile. Once we name him as those two things, then maybe we could say that those who are willing to support him, we might need to question whether they're decent, too."