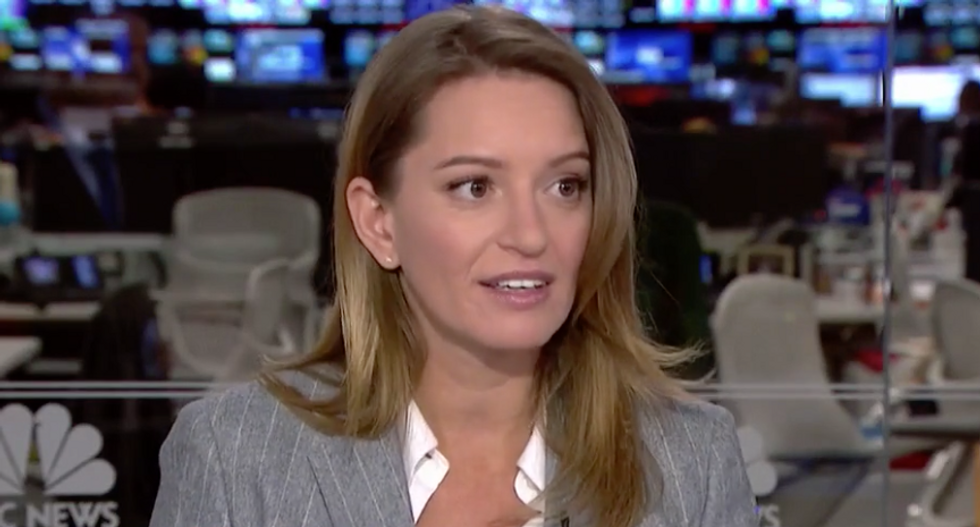 “You were on the campaign trail with me, Jonathan [Lemire],” Tur said. “And you remember very well that when Donald Trump would be accused of something, he would turn that accusal around and throw it back at the person accusing him.”

“I'm being accused of sexual harassment? Look at Bill Clinton,” Tur remember Trump saying. “He does everything he can to turn it around and blame the other person. It's the, ‘I'm rubber and you're glue’ defense that he used.”

“He's doing it here by saying the democrats were colluding [with Russia],” Tur explained.

“It's a Trump trope to do that,” Lemire replied. “Certainly you hit upon some of the big ones. The moment from the debate when he stood there with the accusers, people who said Bill Clinton had sexually harassed them. That was a jaw-dropping moment that took all of our breaths away the most.”

“That hasn't changed now that he's in office,” Lemire added. “This is what he thinks. A little fact check: there aren't many Democrats who have flat out said he didn't collude. We see him do this a lot, too. It's not just mirroring. It's the idea of asserting his own truth. He feels like he can talk over whatever the reality may be. His belief that his supporters will follow him along that way. He believes he can even sort of change some of that reality by just insisting it over and over and we're seeing that again here.”