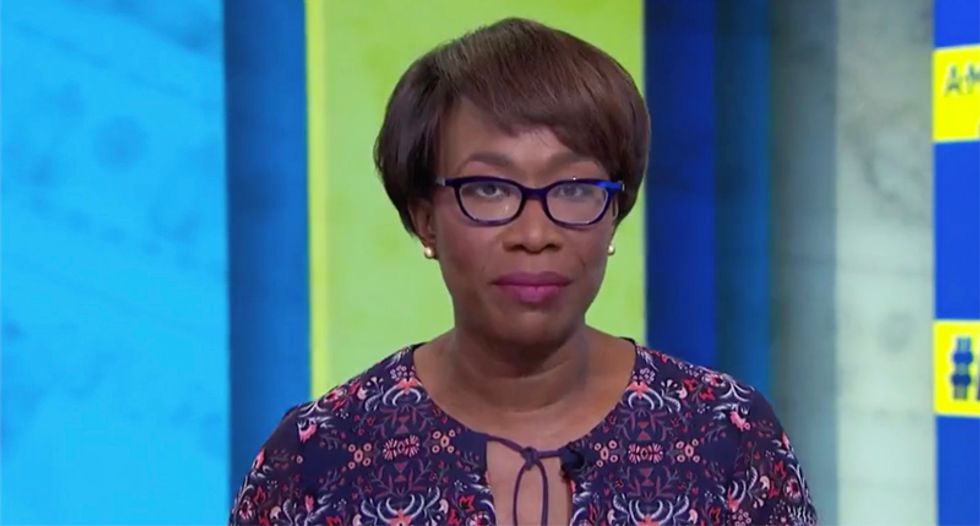 MSNBC pundit and "AM Joy" host Joy Reid issued an apology Sunday for old blog posts she wrote about Florida Gov. Charlie Crist in which she implied that Crist is a closeted gay man.

Mediaite.com reported that Reid wrote the columns between 2007 and 2009 for The Miami Herald and was commenting on persistent rumors that Crist -- who governed as a Republican but who has since switched to the Democratic Party -- was hiding his allegedly gay orientation.

In a statement to Mediaite, Reid wrote, “At no time have I intentionally sought to demean or harm the LGBT community, which includes people whom I deeply love. My goal, in my ham-handed way, was to call out potential hypocrisy.”

She continued, "Nonetheless, as someone who is not a member of the LGBT community, I regret the way I addressed the complex issue of the closet and speculation on a person’s sexual orientation with a mocking tone and sarcasm. It was insensitive, tone deaf and dumb. There is no excusing it -- not based on the taste-skewing mores of talk radio or the then-blogosphere, and not based on my intentions."

In the disputed blog posts, Reid called Crist "Miss Charlie" and playfully urging the then-Republican governor to come out of the closet, writing, “Miss Charlie, Miss Charlie. Stop pretending, brother. It’s okay that you don’t go for the ladies.”

In 2007, when Crist was putting his weight behind a state anti-same-sex marriage amendment in Florida, Seattle Stranger columnist Dan Savage declared that Crist was "fair game" for people making fun of the rumors about Crist's alleged sexual relationships with other men.

LGBTQ blog Towleroad compiled an extensive list of rumors about Crist and their sources. Crist has never come out as a gay man. He married in 2008 to Carole Rome, but filed for divorce in February of this year.