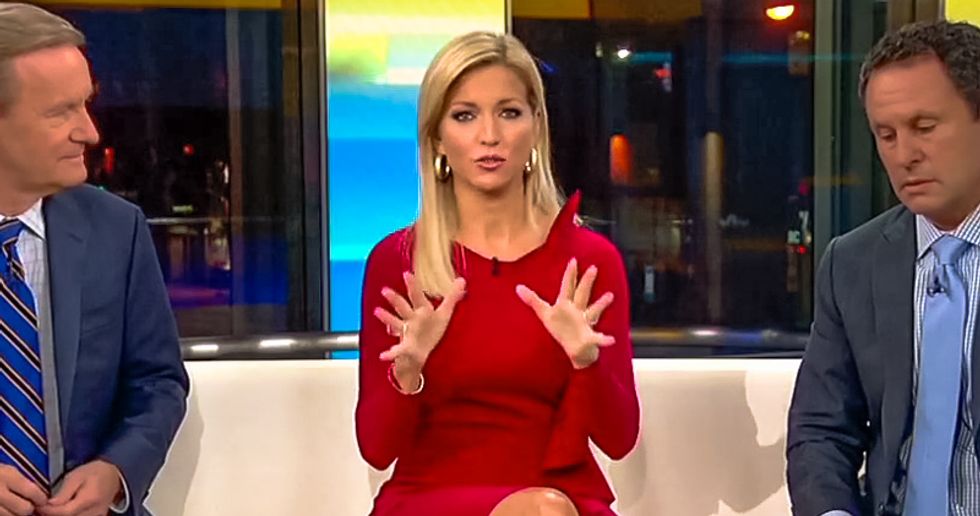 Addressing Vonn's comments that when she competes in the Olympics, she "hope(s) to represent the people of the United States, not the president," the Fox host took offense at the athlete's lack of fealty to the president before dismissing the four-time World Cup overall champion as a "celebrity."

In video captured by Media Matters, host Steve Doocy brought up Vonn's comments, saying, "Look, this whole investigation is going downhill, just like American skier Lindsey Vonn. She would like to win another gold medal at the Winter Olympics in South Korea coming up. But here's the problem: If she wins, she is not going to the White House."

Earhardt then introduced the video interview with Vonn, who stated, " I hope to represent the people of the United States, not the president. I want to represent our country well. And I don't think there are a lot of people currently in our government that do that."

"Alright, she is just another celebrity, another Hollywood person who doesn't agree with the president. Do you think he cares?" Earhardt asked.

"The resistance continues," co-host Peter Hegseth interjected. "You know, the last part of her statement was true, there are not a lot of people in government representing us well. Maybe she watched the first 8 minutes of our program and saw that that's true. And not a lot of it has to do with President Trump."

"Think about that," Hegseth continued. "You got athletes preemptively declaring their resistance to a president as they get the honor -- think about the honor of going to the Olympics and representing -- wearing the flag. It's like wearing the flag in combat, in battle. It's a team. You're saying, 'Well, no. It's just we're going to write off our president.'"

Watch the video below via Media Matters