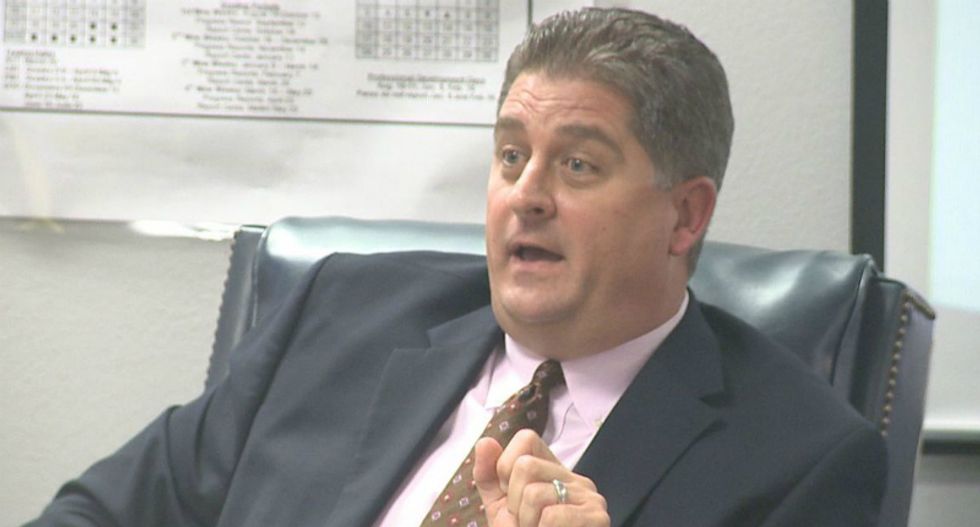 Despite blatantly breaking laws half a century old that prohibits schools from pushing religion on students, a superintendent in Louisiana's Webster Parish refuses to stop doing exactly that.

In a Monday announcement, the American Civil Liberties Union said they are suing Webster Parish Schools and their superintendent Johnny Rowland for promoting Christianity at Lakeside Junior/Senior High School.

As the ACLU reports, the school day at Lakeside starts with a morning prayer over the PA, read either by teachers or by student "volunteers."

Christy Cole, the mother of K.C., an agnostic Lakeside student, said that when her husband confronted Rowland (then the principal at Lakeside before his promotion to superintendent earlier this year), he was immediately rebuffed.

"I'll stop when someone makes me stop," Rowland reportedly said.

The Coles' complaint claims that "when K.C. started to stay seated during morning prayer, other students ridiculed her." Later, "when K.C.’s parents stayed seated during graduation prayers, other parents hissed in disapproval. One of K.C.’s teachers also implied to the class that the Bible must be taken literally and mocked her when she questioned him."

Along with their suit against the school's unlawful practices, the ACLU and their Louisiana affiliate are requesting that the U.S. District Court for the Western District of Louisiana "declare the district’s policies and practices unconstitutional and to block the district from continuing them."