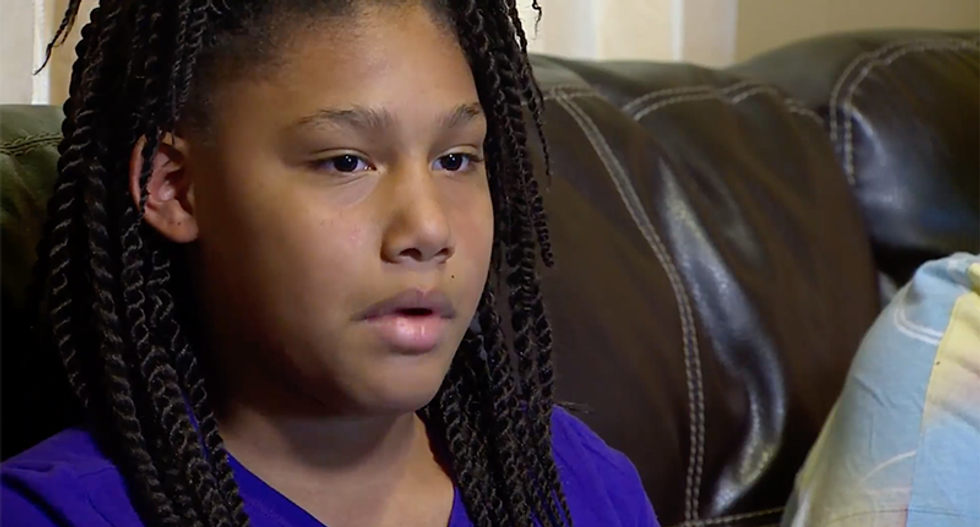 It’s hard to imagine what threat an 11-year-old girl could possibly pose to a dozen armed police officers. One would have to ask the officers in Grand Rapids, Michigan, who last week handcuffed an elementary schooler at gunpoint, placed her under arrest and took her from her mother and home for seemingly no reason.

The arrest has sparked local outrage. Police were in the neighborhood looking for the girl's aunt, Carrie Manning, who allegedly stabbed her younger sister at a house nearby and was believed to be armed with a knife. As WOOD-TV reported, Manning is a 40-year-old white woman. Honestie Hodges is an 11-year-old black girl. 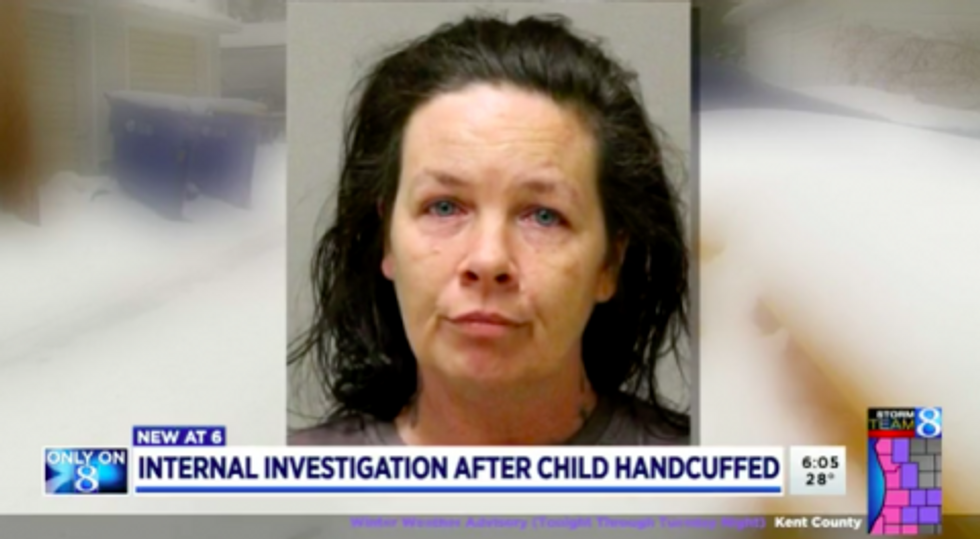 Police were supposed to be looking for Carrie Manning, above. (Photo: WOOD-TV screen capture)[/caption]

Honestie’s mother, Whitney Hodges, said she tried to explain to the police that Honestie had done nothing wrong.

“The whole time they are telling her to come down, I’m telling them she’s 11 years old, that’s my daughter, don’t cuff her," Hodges told WOOD-TV.

According to the Sentencing Project, youth arrests have declined over the past decade, but African-American kids are still arrested at a higher rate than white kids. In fact, the disparity between the two groups has actually grown in recent years to 24 percent.

In April, Grand Rapids police were criticized by the community after they pulled their guns and arrested five unarmed black boys aged 12-14 who were playing basketball at a park. The boys were later released to their parents.

Ironically, Honestie formerly aspired to become a police officer. “I wanted to be a detective or police officer, but now I don’t want anything to do with those kind of things,” Honestie said. “I’m just wondering why they did that to me.”

The Grand Rapids Police Department said an internal investigation is underway, but made no further comment or apology.