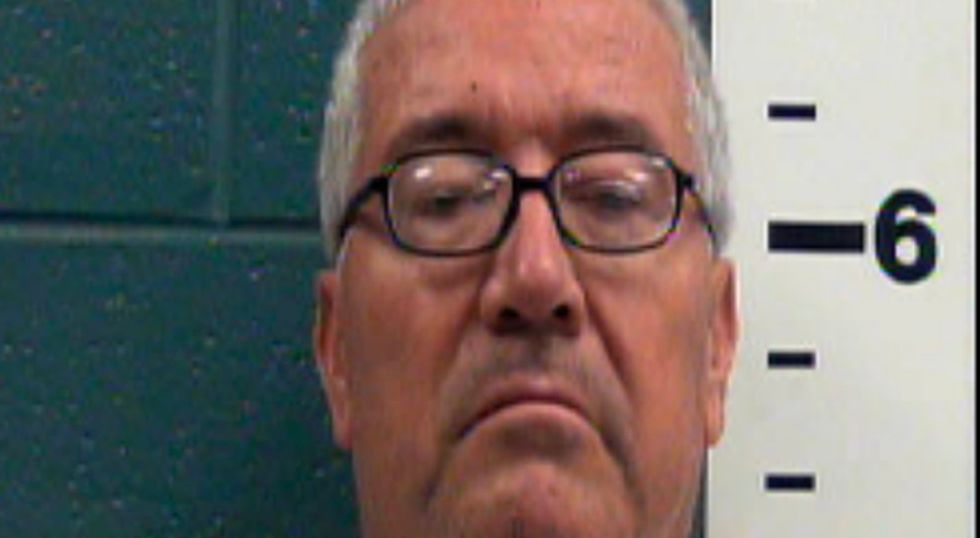 A security guard at a New Mexico middle school has been charged with kidnapping and sexual assault after attacking a teacher in her locked classroom after he forcibly patted her down looking for stolen student money.

According to the report, Trujillo attacked the same teacher two days in a row after he first went into her classroom between classes while following up on a theft complaint from a student. The police affidavit states that Trujillo entered the unidentified teacher's room and went into "police mode," telling the teacher, "I'm gonna have to pat you down."

The teacher told investigators that Trujillo forced her into an isolated area of the classroom where he restrained her against her will and groped her as she begged him to stop. Trujillo is accused of then sexually assaulting her and telling her, "You're going to keep this quiet," with a warning he would return.

The security guard then reportedly returned to the classroom the next day where he groped the woman once again, after which she told a colleague about the attacks.

After being taken intro custody, Trujillo told police investigators that he had groped the woman, but claimed she never said "no'" and described the encounter as "all mutual."

Trujillo is being currently held without bond at the Doña Ana County Detention Center, with prosecutors asking he not be released before his trail date.

Michael Steele busts Lindsey Graham: 'You can't take anything that comes out of his mouth seriously'

The South Carolina Republican urged McConnell to repair his relationship with Donald Trump, calling him the leader of the GOP, and the former Republican National Committee chairman could only laugh.

According to a report from Chicago Block Club, attorneys belonging to Chicago Lawyers’ Committee for Civil Rights are demanding answers from law enforcement officials and Mayor Lori Lightfoot about the employment status of officer Robert Bakker who was accused of being a member of the white nationalist Proud Boys back in 2020 and subsequently was accused of sexual assault.

In June of 2020, the Chicago Sun-Times reported that Bakker was "issued a five-day suspension amid an investigation into his ties to the far-right Proud Boys and is now facing a second internal probe into allegations of sexual abuse," before adding that the cop was also "the subject of four internal investigations that were all opened last year."

Republican candidates for the U.S. Senate derided as "carpetbaggers" made it easy for their primary competitors in a forum Wednesday evening. They didn't show up. And the competitors made sure the crowd in Lawrence County, on the state's border with Ohio, heard about it. Jeff Bartos of Lower Merion opened with a knock on candidates known for swanky addresses in other states — Mehmet Oz of New Jersey, Carla Sands of California, and David McCormick of Connecticut — joking that "being a lifelong Pennsylvanian is a distinguishing characteristic in this campaign." Kathy Barnette, a conservative com...