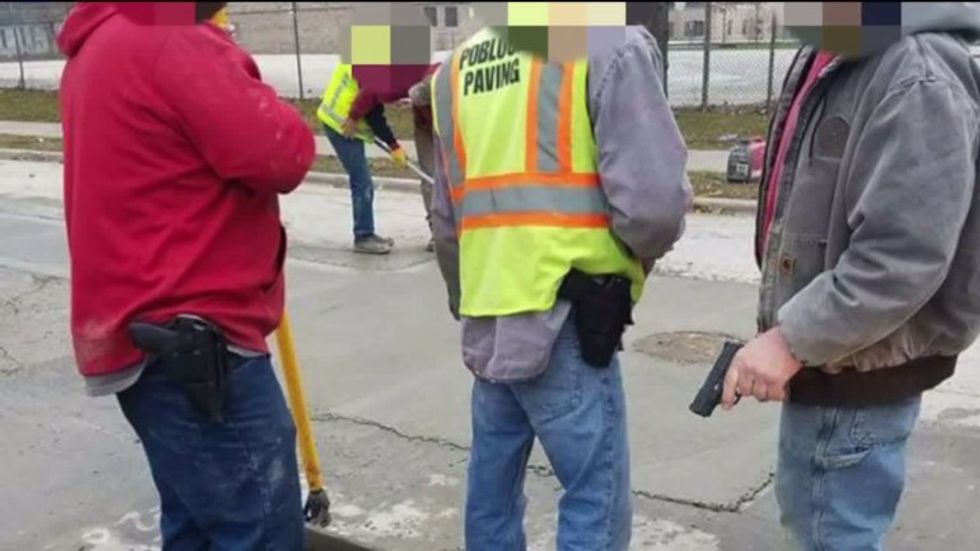 A Milwaukee, WI city alderwoman received racist hate mail after she participated in a debate about whether city contractors should be allowed to carry weapons on the job, said Fox 6 Now News on Thursday.

"You colored folks in government should just shut the f*ck up," said the email, which Alderwoman Milele Coggs posted on Instagram. "Whitey is arming up because all your little n*gga chillen are robbing and killing. Does the name Ziggy ring a bell? You folks should have been shipped back where you came when you were freed."

Coggs wrote, "So... after a day of discussion @ committee about contractors carrying weapons while working on city projects I open my e-mail & see this... #WeGotALongWayToGo."

The contractor controversy stems from a social media post in which construction workers posted a photo of themselves posing with handguns.

A city ordinance already forbids workers and contractors from bringing guns to work, but an attorney for the city pointed out to the board of aldermen and women on Wednesday that the existing statute may not be strong enough to for the current situation.

The board debated whether to sponsor new legislation aimed at keeping guns out of city workplaces and it was after the debate that Coggs and Alderman Russell Stamper both received hateful messages from an emailer named Kevin Paul.

The gun photo was posted on Nov. 30 and while one of the men in the photo is wearing a Poblacki Paving Company vest, the company said that he was not one of their employees, but that he could have easily picked up a company vest at any number of construction sites.

Milwaukee Public Works Commissioner Ghassan Korban told the board on Wednesday that he met with the director of American Sewer Services, which has fired one of the men in the photo and "laid off" the other two.

“He immediately acknowledged that the incident is unfortunate and unacceptable and he took immediate action,” said Korban.