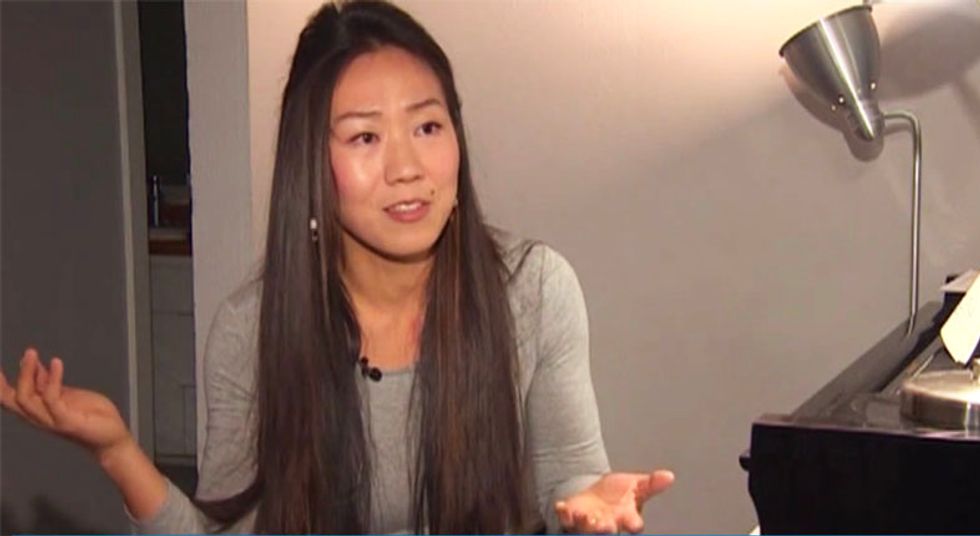 A woman traveling with her 2-year-old and her elderly parents claims she was booted off a Spirit Airlines flight for breastfeeding her crying child during a flight delay.

According to KHOU, Mei Rui was traveling from Houston to New York with her elderly parents when she took her son out of his seat and began breastfeeding him until she was confronted by a flight attendant.

Rui states that the door on the plane had yet to close and that she promised that she would buckle him into his seat before take-off.

"I said as soon as the plane's door closes, I will put him in his seat," recalled Mei who said she was forced to re-seat her child causing him to cry -- and that is when she was asked to deplane.

"He was making very loud noises, but that's not criminal. I asked her, 'My child is already buckled in his seat. What do you want me to do? At this point, I'm complying with what you're asking me to do,'" she explained.

"It was humiliating to be chased off a plane in front of hundreds of people," said Mei. "We had never been through anything close to this."

In video shot by Rui, she was confronted by airline personnel and security in the terminal and told she could not get back on the plane with her family, with the only explanation given that she was removed for "not complying."

"You just don't have to treat people that way," Mei remarked. "We're not lawbreakers or trouble seekers.We're the elderly, a baby and his mother, why did they have to treat us this way?"

Responding to Rui's complaint, Spirit issued a statement reading: "Our records indicate a passenger was removed from Flight 712 after refusing to comply with crew instructions several times during taxi to runway and safety briefing. To protect the safety of our guests and crew, FAA regulations and airline policies require all passengers to stay seated and buckled during takeoff and landing. We apologize for any inconvenience to our guests. As a courtesy, we’ve issued a full refund to the passenger in question."

According to Rui, the airline refunded her airfare and that of her parents who also disembarked.

You can watch Rui's video below:

A Houston pianist and clinical researcher kicked off @SpiritAirlines flight Friday morning.. she was on her way to… https://t.co/GHWdxwPiaK
— Marcelino Benito (@Marcelino Benito)1512877817.0