MSNBC reporter at tax office: People with wheelchairs and crutches are rushing in to avoid Trump's tax hike 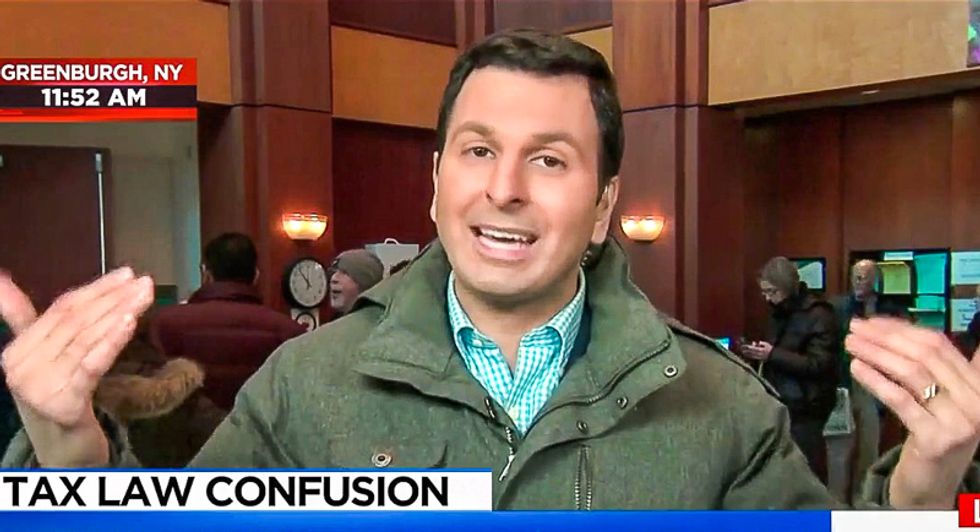 MSNBC correspondent Eric Chemi reported on Thursday that he witnessed people on crutches and wheelchairs coming into a local tax office with the hopes of prepaying to avoid a hike built into President Donald Trump's tax law.

Because the tax law passed by Republicans earlier this month slashes deductions on state and local taxes, many people believe that they can avoid the hike by paying next year's taxes early.

Chemi, who was reporting from Greenburgh, New York, described a scene of mayhem at the local city hall.

"There is some amount of confusion," he explained. "People said, 'I don't want to take the chance on mailing in a prepayment check so I'm coming here today to do it in person.'"

"I've seen people coming in here with wheelchairs, with crutches, they've got folding chairs to wait in line," he added. "And so it's havoc out here."