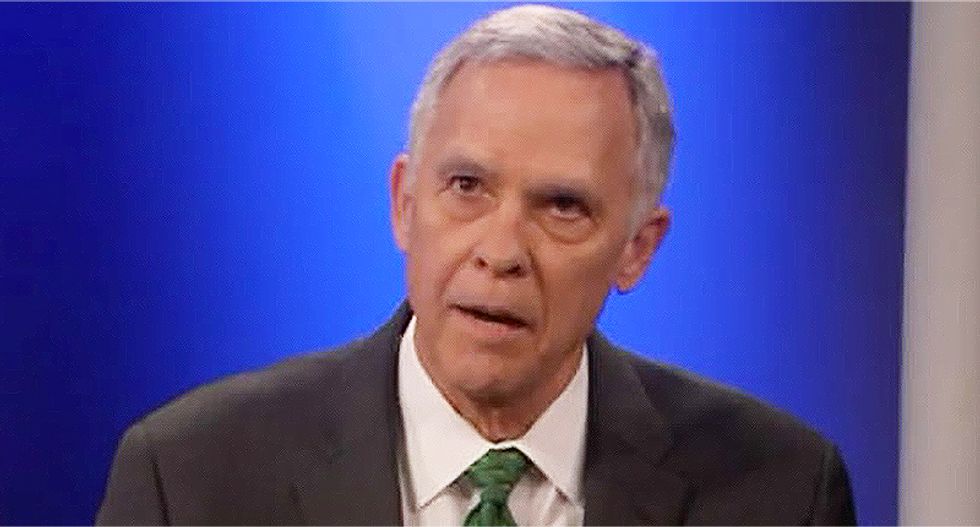 University of Oklahoma Board of Regent member Kirk Humphreys (Photo: Screen capture via The Lost Ogle)

After several controversial comments while appearing on the local news show "Flash Point," Kirk Humphreys has resigned from the University of Oklahoma Board of Regents, according to local KFOR news.

“Is homosexuality right or wrong? It’s not relative,” he said during the show weeks ago. “There’s a right and wrong, you just said it. So, it’s either right or wrong and if it’s OK then it’s okay from everyone. Quite frankly it’s okay for men to sleep with little boys if it’s OK.”

Humphreys has a record of controversial comments. In 2015, he talked about "certain" members of the gene pool moving out of Oklahoma City schools. It's all gone downhill from there, he claimed.

"When I went on the school board 30...25 years ago, a little over, we were, probably the best school district in the state," he said. "We just happened to have the best gene pool. But that gene pool keeps moving out. It’s moved to Edmond, it’s now moved to Deer Creek, and ya know, they’ll keep runnin’ as long as they can buy green fields and gasoline for their car."

When he received backlash from the comments, he said that he couldn't be racist because he has black friends.

During a press conference Thursday with Freedom Oklahoma, Humphreys apologized for his comments.

“Let me be clear, I do not think that homosexuality in any way disqualifies a person from full participation as a citizen in our community including service in public office," he said. "At no point in my public or private life have I sought to take any action that precludes or otherwise diminishes the opportunity for every person to be treated as equals.”

In a previous apology he said that his comments were only to explain his position on homosexuality was a "moral" one as "it is against against the teachings of scripture.”

University of Oklahoma president and former governor David Boren was pleased with the decision.

“I thank regent Humphreys for his years of service on the Board. I believe he has made the right decision for himself and for the University of Oklahoma," he said in a statement.