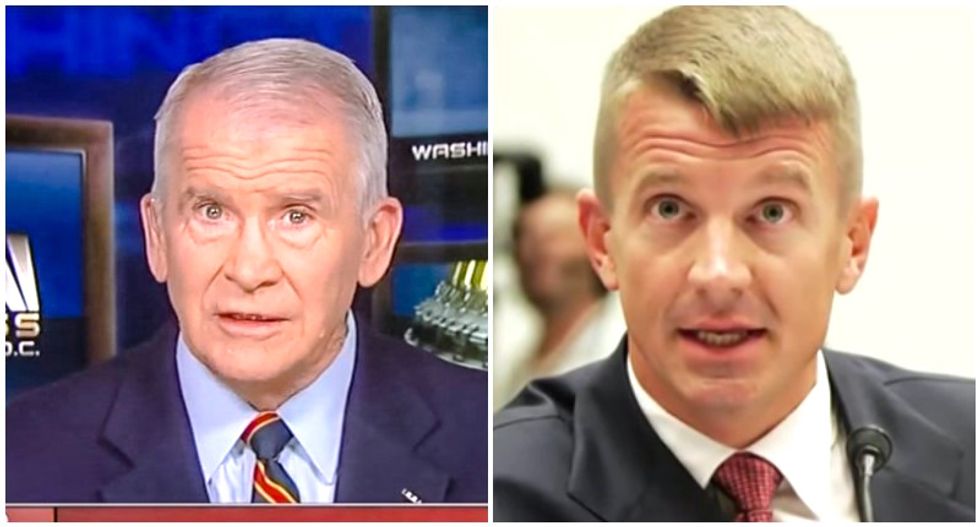 The Trump administration is considering a scheme by a cast of shady characters to build a private network of spies to bypass U.S. intelligence services.

Sources told the website the plan would give the White House a way to counter "deep state" political enemies in the intelligence community and give the CIA director an army of spies with no official cover in countries such as North Korea and Iran, which are considered "denied areas" for American covert operations.

The White House has also considered setting up a global rendition force to capture terrorist suspects around the world, and also establishing propaganda campaigns in the Middle East and Europe to combat Islamic extremism and Iran.

“(CIA Director Mike) Pompeo can’t trust the CIA bureaucracy, so we need to create this thing that reports just directly to him,” a former senior U.S. intelligence official with firsthand knowledge of the proposals told The Intercept. “It is a direct-action arm, totally off the books. The whole point is this is supposed to report to the president and Pompeo directly.”

Prince, the brother of Education Secretary Betsy DeVos, won hundreds of millions of dollars in contracts for his private security company Blackwater in Afghanistan and Iraq, where his guards were convicted in a massacre at Baghdad's Nisour Square.

He testified behind closed doors before the House Intelligence Committee about his January trip to the Seychelles to meet with Mohammad bin Zayed, the crown prince of Abu Dhabi, and a Russian fund manager close to Vladimir Putin, while serving as an unofficial envoy to the Trump transition team.

Maguire, a former CIA case officer and intelligence contractor for the Amyntor Group, reportedly led a U.S. effort to provoke Saddam Hussein into war before the 2003 invasion of Iraq, and he worked alongside the late Iran-Contra figure Duane "Dewey" Clarridge.

They enlisted North, a key figure in the Iran-Contra scandal and a frequent Fox News guest, to pitch the plan to Trump and other White House officials.

Sources told the website that several senior administration officials, including Vice President Mike Pence, had been briefed on the plan -- although his spokesperson denied it.

Two former senior intelligence officials said Pompeo, who is rumored to be moved over to Secretary of State and replaced by Sen. Tom Cotton (R-AR), embraced the plan and lobbied the White House to approve the contract.

But a CIA spokesperson said The Intercept had been "provided wildly inaccurate information by people peddling an agenda.”