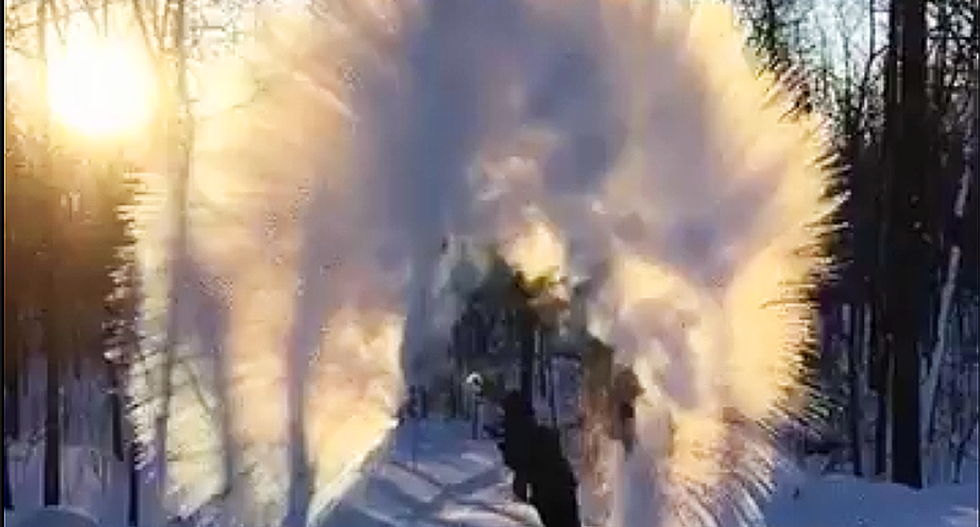 Like an ice-bucket challenge gone awry, people are using the overwhelming freeze to test a theory about making snow using boiling water.

A McClatchy report describe the miracle of science creating a "sparkling cloud of vapor and crystalized water" that occurs when someone is crazy enough to try to experiment with boiling water.

Most of the United States has plunged into daunting temperatures. Wind chills in Boston are well below zero. Several latitudes to the south, Oklahomans are waking up to wind chills in the single digits as well. In many places the cloud cover has made for a dark, cold and miserable winter.

But at New Hampshire's highest peak, one person is letting loose at the Mount Washington Observatory. Scientists are trying to replicate the experiment while also risking the effects if the boiling water doesn't quite reach the ice and vapor stage.

A freeze several years ago brought many brave people out in the cold with their own scalding water. About 50 people online said that they burned themselves by coming into contact with the water before it could hit the cold air.

Some that managed to perform it correctly, however, ended up with points being removed for style issues.

If you were wondering if you throw boiling water outside if it turns into snow, watch this sweet vid of my dad pic.twitter.com/ixLuDj4Wug

Meanwhile, reporters seem to be the best at performing the trick.

When you convince the whole family to throw boiling water at each other in -40 weather 😂 #exploresask https://t.co/uneoCqlOuJ
— Ashlyn George (@Ashlyn George) 1514342197.0

Or this first responder who uploaded a slow motion video that is truly stunning.

The national freeze is expected to continue for the next week or more, with temperatures dropping as much as 30 degrees below normal. Dulles Airport in Washington, D.C. is knocking on the door of a record cold.

Gizmodo is encouraging people to look at other outdoor science experiments that involve a lower danger. A super-soaker water gun, for example, can be an adventure.

Watch the boiling water challenge below (as performed by scientists):