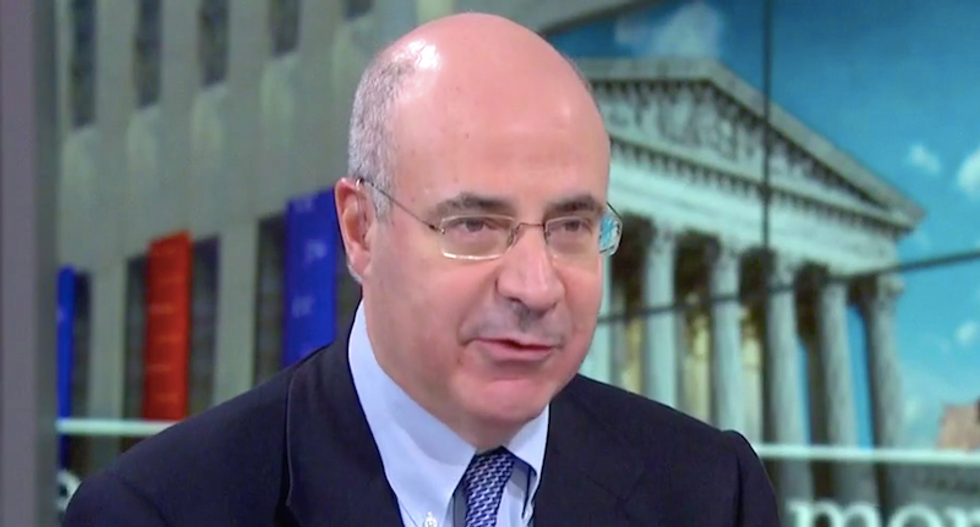 The man who is probably Russian president Vladimir Putin's greatest enemy says Americans will soon know whether their president was duped by Kremlin spies -- or whether he willingly collaborated to upend the U.S. election.

Bill Browder, co-founder and CEO of Hermitage Capital Management, appeared Friday on MSNBC's "Morning Joe," where he explained why Putin was so intent on undoing U.S. sanctions enacted over the murder of the financier's Russian attorney.

"My lawyer, Sergei Magnitsky, was killed, I should say tortured to death, in a Russian prison in 2009 for uncovering a massive Putin-Russia government corruption scheme," Browder said. "They killed him, effectively, as my proxy. They killed him because he worked for me, and that's a big responsibility. He was 37 years old, he left a wife and two children after being tortured to death."

Wall Street Journal columnist Peggy Noonan asked Browder whether he believed Trump was an "unwitting mark" to the Russians or a willing accomplice in rigging the election.

"It's impossible for me to put myself in the mind of Trump or the people close to him," Browder said. "I'm just sort of slowly looking at the pieces of the puzzle being put together. I know for sure what the Russians wanted, and I do not know how the Trump camp reacted. But we will know -- and quite soon, I think."

The U.S. Congress passed the Magnitsky Act in 2012, which imposed visa sanctions and asset freezes on Russian oligarchs and government officials implicated in the lawyer's brutal killing.

"The asset freezes (are) the key part of this whole story, against people of the Putin regime who are involved in this and who do other terrible things in Russia -- and Putin went crazy," Browder said.

The financier believes Putin is the richest man in the world, but the Magnitsky Act prevents him and his cronies from spending their ill-gotten gains however they wish.

"I believe that (Putin) personally is worth $200 billion, and I believe that people around him, let's say the top 1,000 officials in Russia, are worth $1 trillion dollars," Browder said. "There's so much money at stake here. This is such an important issue. I should point out this money is not kept in Russia. As easily as they stole it from the Russian state, stole it other people, it could be stolen from them, so they keep it in the West. They keep it in the U.S., they keep it in London."

Those sanctions came up during the infamous June 2016 meeting at Trump Tower between the president's eldest son and a Russian attorney he believed had damaging information about Hillary Clinton.

"(Putin) wants these sanctions lifted as his No. 1 foreign policy priority, he's so upset with these sanctions," Browder said. "We don't know the Trump camp's reaction to that, and so we're sort of sitting here -- and it's an important month. This is the month more names get added to the Magnitsky list. Trump will either do that, as it's scheduled in the law, or not, and this is a significant moment."

Browder said there's "no chance" that Russian attorney, Natalia Veselnitskaya, was not acting as Putin's agent at that campaign meeting.

"Most importantly, we have the evidence she was working closely with Yury Chaika, who's the general prosecutor of Russia, the equivalent of the attorney general -- who is Putin's main enforcer -- and many other things as well," Browder said. "So she was an agent for Vladimir Putin showing up in Trump Tower, that's for sure, and what she was asking for is also for sure, which is the repeal of the Magnitsky Act. What we do not know is the reaction to her request."